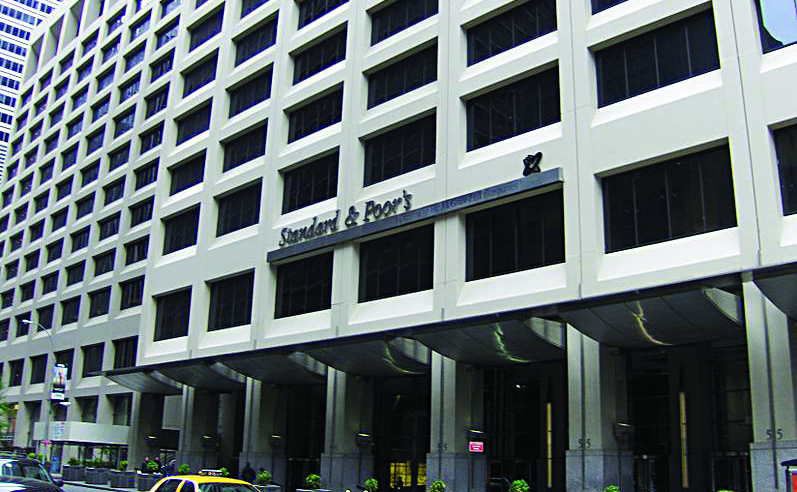 Standard & Poor’s reaffirmed its A+ rating with a “Stable” outlook for Israel, Globes reported on Sunday.

S&P says that Israel’s fiscal consolidation is moving forward, economic growth is steady, and sees an encouraging trend in falling debt-to-GDP ratio. This is the second time that S&P has reaffirmed its credit rating for Israel since company representatives visited Israel in August 2013.

S&P favorably noted the positive effect of natural gas discoveries on potential growth and external accounts. It attributed the improvement in fiscal health to maintaining the budget framework, policy steps take in the 2013-14 budget, and the upward revisions to GDP due to new calculation methodologies and extra one-off revenues in 2013.

S&P explained that the two main obstacles to a higher rating are geopolitical risks and the fiscal position, although both are improving.

S&P estimates that the growth in Israel’s GDP per capita places the country in the group of high-income earning countries with a growth rate at the upper limit of the comparison with Israel’s peers. It expects real GDP growth of 3.2% in 2014 and 3.4% a year in 2015-17, because of the expected recovery in Israel’s export markets.