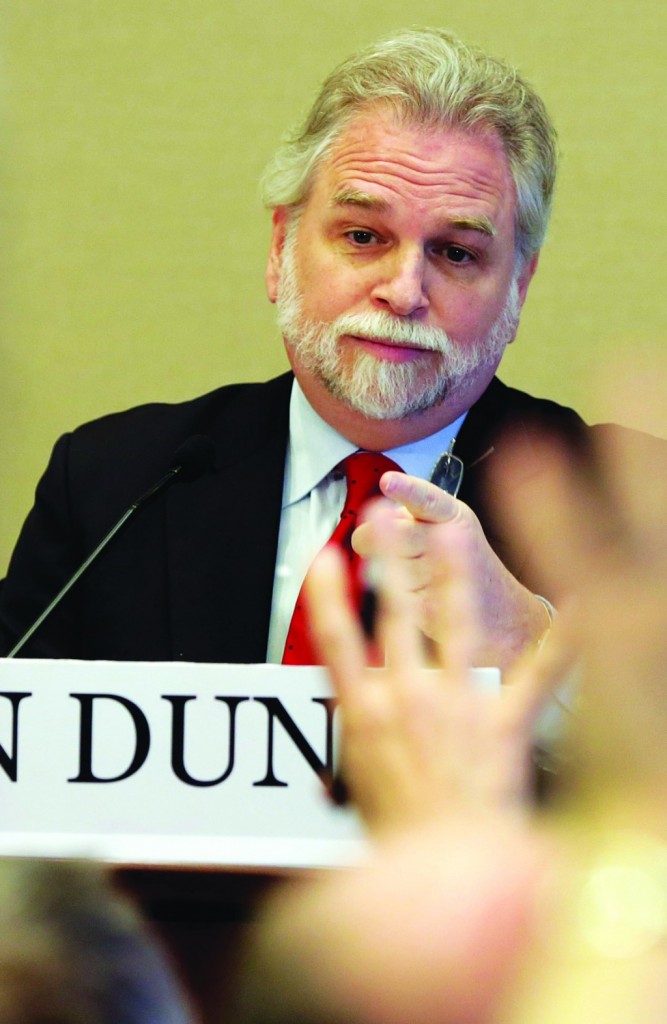 Lawyers hired by New Jersey Gov. Chris Christie’s administration said Thursday that the governor was not involved in a plot last year to create traffic gridlock in a political payback scheme, but federal and legislative investigations continue.

The report released by former federal prosecutor Randy Mastro relied on interviews with Christie and other officials in his administration and 250,000 documents, many of them emails and text messages. But Democrats questioned the credibility of the report and its thoroughness since key figures in the plot did not cooperate.

The investigation concluded Christie had no knowledge beforehand of lane closings Sept. 9-12 near the George Washington Bridge between New Jersey and New York that caused four days of massive gridlock in the community of Fort Lee.

“Governor Christie’s account of these events rings true. It’s corroborated by many witnesses, and he has conducted himself at every turn as someone who has nothing to hide,” the report found.

“We uncovered nothing contradicting the governor’s account,” it concluded.

Democrats blasted the findings, with the party’s national committee calling the report “nothing more than an expensive sham.” New Jersey state Sen. Loretta Weinberg, co-chair of the legislative committee investigating the same issues, said it “raises more questions than answers.”

The report did not find any missteps by Christie and his inner circle. It said that Christie was deeply troubled about the possibility that staff members were not being truthful with him — asking “with tears in his eyes” whether any of his top aides were involved.

During a news conference, Mastro emphasized that the review found no evidence that the scheme was reflective of the wider operations of Christie’s office.

“We found that this was the action of the few,” he said. “This is not reflective of the whole.”

Defending the report, Mastro said his team was able to review a trove of documents, including emails and text messages among Christie, Lt. Gov. Kim Guadagno, top governor’s office staff and former staffers.

“We believe we have gotten to the truth or we wouldn’t be reporting it,” he said.

He also said his team was sharing information with federal prosecutors.

The report, issued at Mastro’s New York law office, concluded that former Port Authority of New York and New Jersey official David Wildstein and ex-Christie aide Bridget Kelly were behind the closures and that they were targeting Fort Lee Mayor Mark Sokolich.

It did not determine why they wanted to hurt the Democrat, yet said there was no evidence that it was because he refused to endorse Christie for re-election.

The report said Sokolich brought up the possibility of endorsing Christie but ultimately decided against it and that even after that decision, the mayor remained on a list of Democrats whom Christie considered appointing to various boards.

Both Wildstein and Kelly have refused to talk to investigators, citing their right against self-incrimination. In the absence of their voices, the report delved into their personalities.

“Whatever motivated Wildstein and Kelly to act as they did, it was not at the behest of Governor Christie, who knew nothing about it,” the report said.

Mastro said Wildstein seemed to have “bizarre political and personal animus” against a variety of people. He also quotes another Christie confidante as saying Wildstein had “50 crazy ideas a week.”

The report said Kelly tried to cover her tracks when Christie began asking what happened. She asked a colleague to delete an email about the plot, but the other staffer retained the email anyway, the report said.

Wildstein’s lawyer has said “evidence exists” that Christie knew about the closures as they happened. Mastro surmised in his report that Wildstein was referring to a conversation he had with Christie at a Sept. 11 memorial service. A Christie spokesman told Mastro’s team that Wildstein later said he had told the governor about it during that event. But Mastro says Christie did not recall it being brought up and if it was, it would not have registered as significant to Christie — something Christie has said before.

The report also found that a claim by Hoboken Mayor Dawn Zimmer, that Christie’s administration told her that Superstorm Sandy would be tied to a private redevelopment plan, is “demonstrably false.” In response, Zimmer called the report “sadly predictable”and a “one-sided whitewash.”

Mastro called for Christie’s staffers to cease using personal email accounts for official business, eliminating the office where Kelly had worked and appointing an ethics officer in the governor’s office. He also recommended studying major changes to the Port Authority, an agency jointly run by New York and New Jersey.