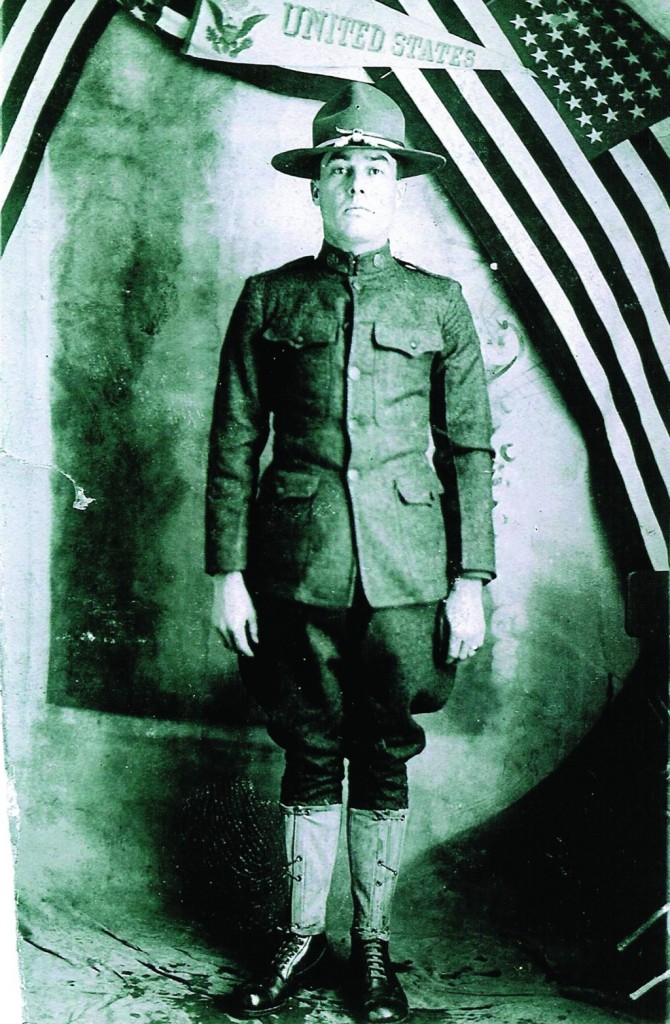 Pvt. Wesley Creech could no longer hide the darkness of his thoughts as he wrote to his wife Carzetta and 5-month-old daughter Marie: “If I never see you and Marie any more in this life I hope to meet you in a Better Place,” he wrote in a letter on Aug. 24, 1918, as the American army raced to repel the Germans on the Western Front during World War I.

One week later he was killed by an enemy bullet.

Today, “Wesley J. Creech North Carolina” is chiseled in gold letters on the Wall of the Missing in the chapel at the heart of the Flanders Field cemetery.

On Wednesday, President Barack Obama will honor the Americans who died in an epic struggle so horrific that it came simply to be known as the Great War. Obama’s wreath-laying ceremony precedes most of the continental centennial remembrances that are targeted at the early August 1914 start of hostilities, which pitted the German and Austro-Hungarian empires against France, Britain, Russia and others.

The Great War claimed some 14 million lives and at least 7 million troops were left disabled. Huge swaths of several European nations lay in ruins at the end. And the continent was plunged into physical, moral and philosophical shock.

When Obama walks along the marble stones, he will find only one that comes before April 1918 — testimony of how the Americans entered the conflict both late and decisively. Most belligerents were already exhausted from four years of fighting, so U.S. soldiers like Creech were instrumental in changing the course of a war that ultimately led to “America’s century.”

The men resting at Flanders Field were part of a U.S. contingent of up to 2 million soldiers who became leading protagonists in the struggle.

“Yes, they were essential in turning the tide,” said military historian Prof. Dr. Luc De Vos of Leuven University. “Young enthusiastic troops, they attacked and they were everywhere on the front.”

For years, both sides had been in deadlock in trench warfare across the Western Front where poison gas and a relentless rain of bullets ensured that some days left tens of thousands of dead.

The United States wavered, long taking an isolationist stance. It argued that the struggle was “Europe’s war,” not America’s. When it finally declared war on Germany in 1917, it still had to build up its army to sufficient strength, which took nearly a year.

“At that point the U.S. army was smaller than the Danish army and much smaller than the Belgian army,” said De Vos. So it required a massive effort before it was strong enough to push the Germans back along the Western Front in the final months of the war.

Facing the fresh American soldiers, Germany’s high command realized that the war was lost. With its forces in retreat, a revolutionary government seized power in Berlin and agreed to stop fighting on Nov. 11, 1918.

Compared to World War II, the Great War is sometimes seen as a “forgotten war” for Americans. But when President Obama enters the intimate cemetery along a gallery of linden trees with buds at bursting point, he may bring it back to life a bit for his nation.

Even with its rows of American names, the Flanders Field cemetery, 50 miles west of Brussels, is too small to show the full extent of the American losses. Only a small part of the American fighting on the Western Front was in Belgium. Many more U.S. soldiers fell in France. Overall, more than 116,500 American service members were killed and about 204,000 wounded.

Creech was among them.

Raised a poor cotton farmer’s son in North Carolina with a talent for hoedown music and a future as a lumber inspector, he married Carzetta when he was 30.

“In all his letters he writes about how he is homesick,” said historian Patrick Lernout, who has painstakingly researched the lives of all soldiers who fell at Flanders Field. “Love for his wife and his daughter is in all his letters.”