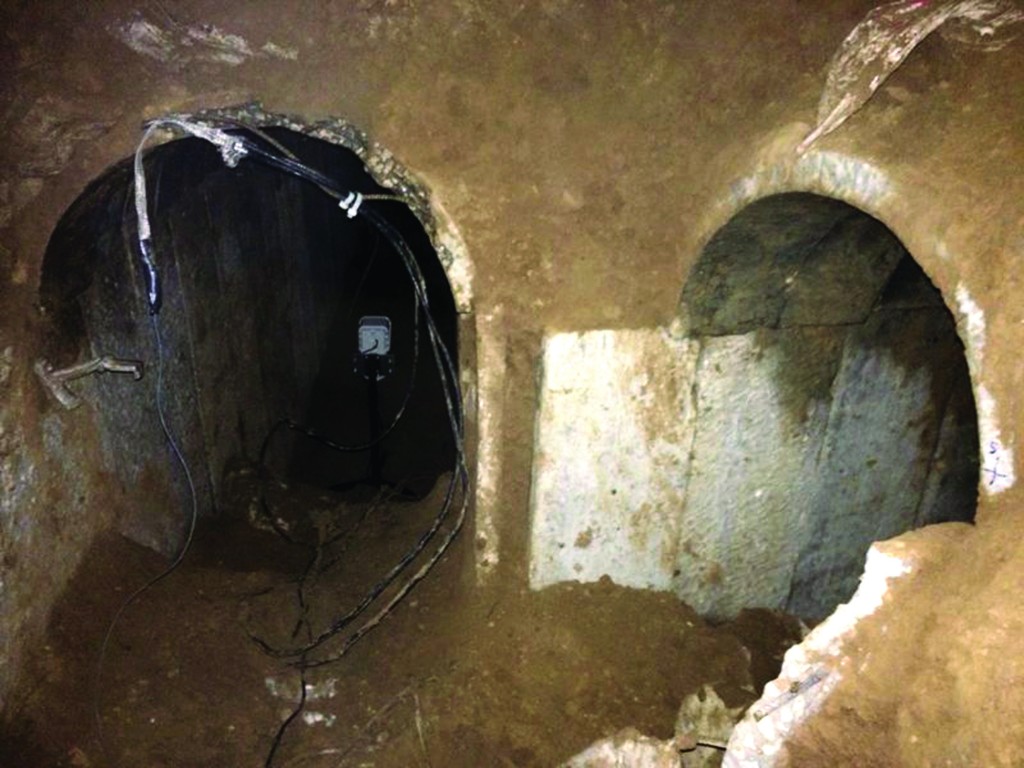 The IDF announced that it has uncovered another tunnel dug from the Hamas-ruled Gaza Strip, stretching into Israel and intended for terror attacks or abducting soldiers and civilians.

The opening of the “terror tunnel” was hundreds of yards inside Israel, military spokesman Lt. Col. Peter Lerner said on Friday.

Israel has found several such tunnels in recent years but this was the biggest found to date, Lerner said. He said parts of it were still uncovered and there are concerns it could be booby-trapped. He said it was near several Israeli border communities.

The tunnel into Israel was found this week by Israeli intelligence and the military, Lerner said, saying the structure was lined with concrete and describing it as very sophisticated, resembling a subway tunnel.

“This advanced tunnel was intended to pose a direct link and threat to Israeli territory, and enable Hamas terrorists to reach and harm Israeli civilians,” Lerner said.

An electric generator and tools, along with fresh tracks, were found in the tunnel, indicating it had been worked on recently.