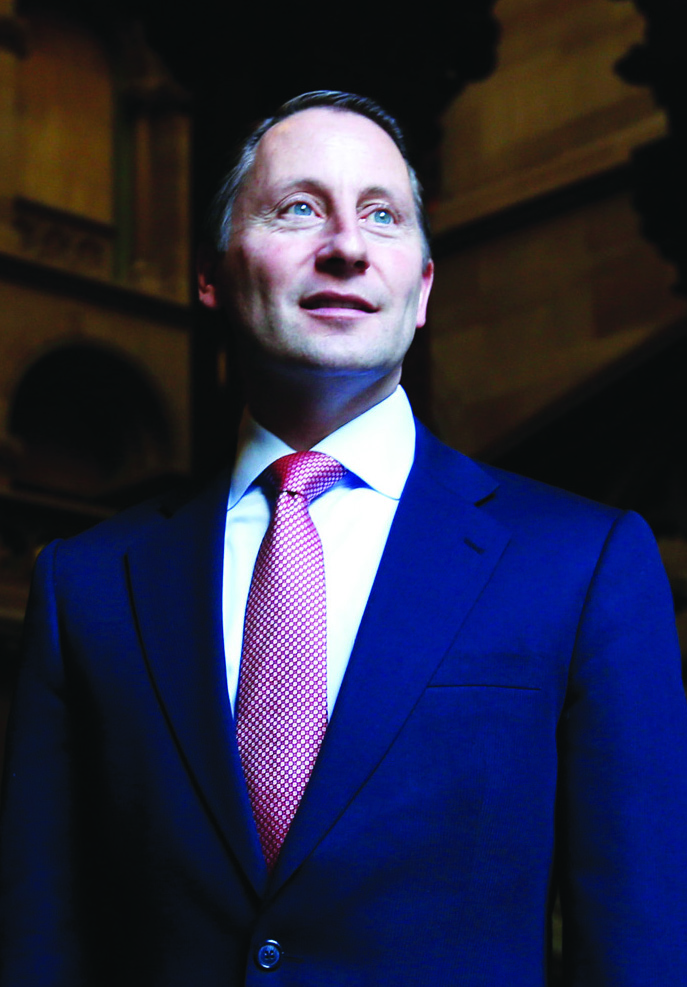 The announcement makes official what has become increasing apparent this year as the Republican crisscrossed the state lobbing criticisms at the governor on the state’s high taxes, tough business climate and sluggish population growth.

“I’m tired of listening to the fairy tale that everything is just great when it’s just the opposite. I’m tired of watching New York’s decline,” Astorino said in a video posted online.

New York Republicans will hold their nominating convention in May. Donald Trump has said he would consider a run if the state party unifies behind him. A Trump spokesman said that Astorino’s announcement does not change that.

Though Astorino easily won a second term last November, the former radio executive is little known beyond his suburban stronghold of Westchester, north of New York City. The state has twice as many Democrats than Republicans, and polls have shown Cuomo with commanding leads over potential challengers.

A poll found 73 percent either didn’t know Astorino or had no opinion about him. “Goliath, meet David,” state GOP chairman Ed Cox said in a statement.

Astorino points out that he is a Republican who has won twice by more than 13 points as head of the executive branch in a Democratic county, the first time in 2009 as a relative unknown.

Still, the lack of name recognition could make Astorino particularly vulnerable against Cuomo, who reported $33 million this year in available campaign cash. Astorino, who reported $1 million on hand, has said he is confident he could raise enough money to win. He has reportedly been promised $15 million by a group of businessmen if he runs.

Cuomo did not address Astorino’s bid, but the state Democratic Committee released a statement.

“We look forward to an entertaining Republican primary process and are ready to run against whomever their nominee is in September,” said committee spokesman Peter Kauffmann.

Astorino’s announcement video, posted in both English and Spanish, continued his aggressive strategy of attacks on New York’s taxes, out-migration patterns and the business climate under Cuomo. He posed what has already become the campaign’s signature question: Is New York winning or is New York losing?

“If New York is winning, re-elect Andrew Cuomo. But if New York is losing — and the evidence says it is — we need to make a change,” he said.

Astorino, 46, lives in the town of Mount Pleasant, where he was raised. One oddity of a Cuomo-Astorino matchup is that, because Cuomo lives in Westchester County, they are each other’s constituents.