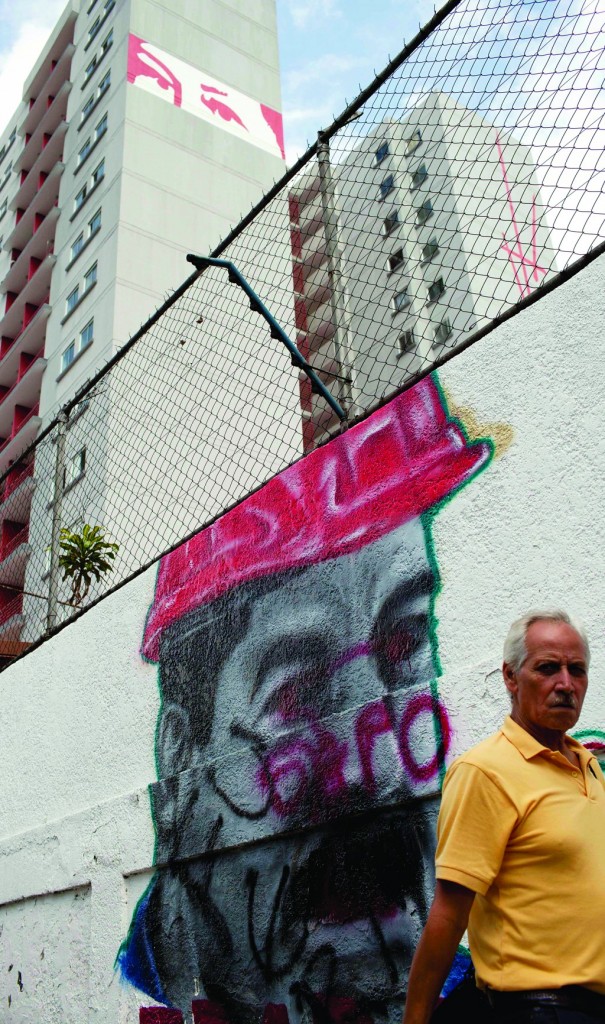 At least five people have died since the unrest turned violent last week, with scores of injuries and arrests.

It was one of the worst bouts of violence the capital has seen in nearly three weeks of unrest across Venezuela, and trouble also flared in other urban centers.

Many Caracas residents banged pots at windows in a traditional form of protest, and knots of demonstrators were out again early on Thursday.

“I declare myself in civil disobedience,” read one banner held up by demonstrators spread across a Caracas road.

There was unrest too in the western Andean states of Tachira and Merida that have been especially volatile since hardline opposition leaders called supporters onto the streets in early February demanding Maduro’s departure.

In the city of San Cristobal, which some residents are describing as a “war zone,” many businesses remained shut as students and police faced off in the streets again on Thursday.

Maduro said “special measures” would be taken to restore order in Tachira. “We won’t let them turn it into a Benghazi,” he said, referring to the violence-wracked Libyan city.

Tensions have escalated since opposition leader Leopoldo Lopez, a 42-year-old Harvard-educated economist, turned himself in to troops this week. He is being held in Caracas’s Ramo Verde jail on charges of fomenting the violence.

“Change depends on every one of us. Don’t give up!” Lopez’s wife Lilian Tintori said on Thursday.

Local channels are providing almost no live coverage of the unrest, so Venezuelans are turning to social media to swap information and images, though falsified photos are circulating.

Both sides rolled out competing evidence of the latest violence on Thursday, with ruling Socialist Party governors showing photos and video of charred streets and torched vehicles, while the opposition posted footage of brutal behavior which they said was by national guard troops.

Caracas was calmer by lunchtime on Thursday, though there was less traffic than normal and some businesses were closed, in a further drag on the already ailing economy.

Maduro, narrowly elected last year to succeed socialist leader Hugo Chavez after his death from cancer, says Lopez and others are in league with the U.S. government and want a coup.