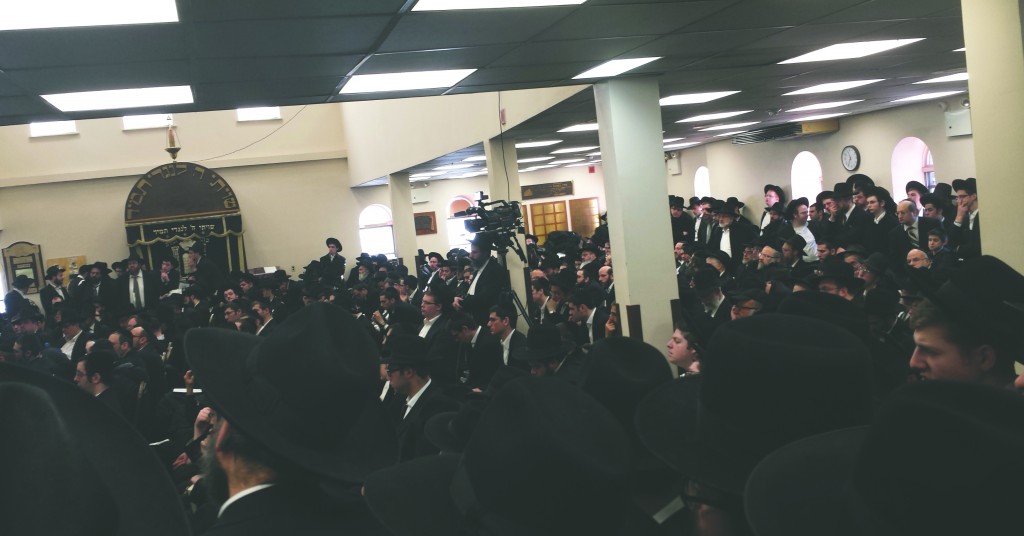 Klal Yisrael and the olam haTorah in particular suffered a major loss with the petirah Friday night of Harav Mordechai Rennert, zt”l, the founding Rosh Yeshivah of Yeshivah Derech Chaim in Boro Park.

Harav Rennert was a talmid of the Telshe Yeshivah and Yeshivah Torah Ore, where he was a close talmid of Harav Chaim Pinchas Scheinberg, zt”l. In 1975, Harav Rennert, together with his brother-in-law, ybl”c, Harav Yisroel Plutchok, shlita, another close talmid of Harav Scheinberg, established Yeshivah Derech Chaim with a minyan of talmidim. The yeshivah was founded with the blessings and encouragement of Rav Scheinberg, who served as a guiding light for the yeshivah and would visit there during his trips to America.

The yeshivah, besides offering the standard yeshivah curriculum, was begun by the young roshei yeshivah with the goal of providing talmidim with a close rebbi-talmid relationship and a high level of dedication on the part of rebbeim to the needs of the talmidim, not only as regards their growth in limud haTorah and avodas Hashem, but in all areas of their lives. At the levayah, Harav Simchah Scheinberg, shlita, present Rosh Yeshivah of Torah Ore, recalled that his father, Harav Chaim Pinchas Scheinberg, assured them that if their endeavor is l’shem Shamayim and with mesirus nefesh, they would be matzliach, to which they were on a grand scale.

Harav Rennert was a paradigm of the yeshivah’s aim to assist the talmidim in every way. Originally the yeshivah was hosted in a shul on 18th Avenue between 49th and 50th streets. As the yeshivah grew, it was clear that the yeshivah needed its own building to accommodate the burgeoning student body consisting of both a beis medrash and kollel. In the mid-1980s a building was purchased at the corner of 16th Avenue and 39th Street. During the many months when the building, a former apartment house, was being renovated, Harav Rennert would spend hours every day, at the building site, overseeing the construction efforts to ensure that everything was proceeding smoothly so that the new yeshivah building would enhance the learning of the talmidim. His efforts were richly requited when in early 1988 the yeshivah moved into the new building and continued to grow.

Harav Rennert delivered a shiur iyun in the yeshivah in the mornings as well as a bekius shiur in the afternoons. He would also deliver a mussar shiur for the talmidim. He was especially proficient in Chovos Halevavos and transmitted passionately its timeless lessons to his talmidim, not only through the inspiring shiurim but through the life lessons he gave over as a role model.

Harav Moshe Rosenman, shlita, longtime Rosh Mesivta and brother-in-law of Rav Rennert, noted that his lev tov combined with the Torah he had thoroughly absorbed with the result that he had acquired “a Torahdig heart and mind.” His emunah was rock-solid so that he not only accepted the gezeirah of the debilitating illness that would eventually take his life but recognized it as good.

He had boundless love for every talmid and derived abundant nachas from their accomplishments and from participating in their simchos. He made himself freely available to the talmidim, both past and present, and many who learned in the beis medrash of Derech Chaim and eventually entered the work force would maintain a kesher with him decades later, approaching him for direction and guidance in all areas of their lives.

His son, Rabbi Reuven Rennert, recalled in his hesped that no problem was too insignificant to him; he addressed each talmid’s problem seriously and rejoiced enthusiastically with them at their simchos.

Harav Yisroel Plutchok, in his emotional hesped, noted that his kesher with Harav Rennert went back approximately 48 years. He said that Harav Rennert constantly strove to overcome obstacles and reached a level in ruchniyus Harav Plutchok had thought to be unattainable. His achievements in harbotzas haTorah were a wellspring of inspiration for countless talmidim and other yungeleit striving to overcome hurdles in establishing mekomos haTorah in their respective communities.

Rav Rennert leaves behind his Rebbetzin, shetichye; siblings; children, grandchildren and great-grandchildren who are following in the sublime path of Torah he established for them.