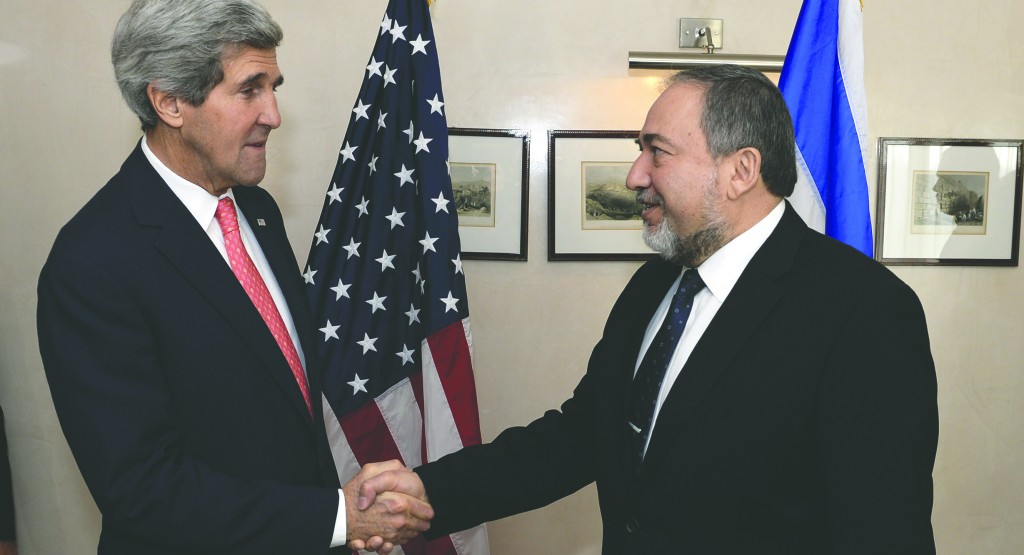 The conciliatory remarks by Foreign Minister Avigdor Lieberman, who has previously been a vocal critic of international efforts to set up a Palestinian state, could help Kerry cobble together consensus for pursuing the peace negotiations.

“I want to make clear — Kerry is a true friend of Israel,” Lieberman told business leaders in Tel Aviv. “What is the point of turning friend into foe?”

Lieberman has taken a more circumspect tack since resuming the role of foreign minister after he was cleared of graft charges last year.

Lieberman said fellow rightists were “competing to show off rhetorical ability — who can be more crass, more vociferous” against Kerry, adding: “This fulmination does not help. We should relax a little.”

He praised Kerry for handling the negotiations “in the proper manner.”

Dan Shapiro, the U.S. ambassador in Israel, predicted the parties would agree on a peacemaking “framework” by April.

“There is a discussion of the caveats that the two sides might have regarding this framework, that is possible too, but the objective is that this will be a framework affirming that the negotiations will continue,” he told Israel’s Army Radio.

Israeli censure of Kerry was “absurd and hurtful,” he said.

“This negotiation, this process, is not about Secretary of State John Kerry. It is a process about the future of the people of Israel and the Palestinian people and their chances of achieving peace, security and prosperity,” Shapiro said.