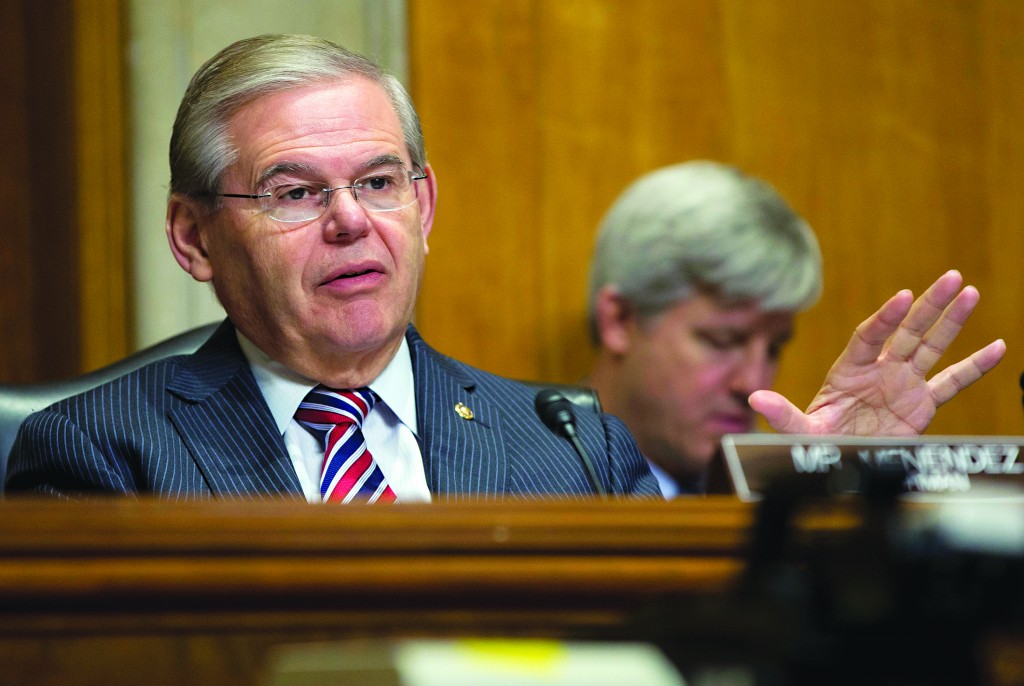 New Jersey Sen. Robert Menendez’s political campaign paid a law firm $250,000 in December for legal costs related to Justice Department and Senate Ethics Committee investigations into his ties to a major donor, according to disclosure forms filed Friday. The Democrat has also set up a legal trust to raise money as the investigations continue.

The forms show the campaign also reimbursed Florida eye doctor Salomon Melgen for an additional $11,250 for a 2011 flight on Melgen’s private plane.

Menendez’s relationship with Melgen prompted the Senate Ethics and Justice Department investigations. Menendez had previously reimbursed Melgen nearly $60,000 for other flights. The issue exploded in late January 2013, after the FBI conducted a search of Melgen’s West Palm Beach offices.

Menendez was forced to repeatedly deny rumors just months after he won re-election and was preparing to become the chairman of the influential Senate Foreign Relations Committee. Menendez, 60, has repeatedly denied wrongdoing and quietly assumed the committee chairmanship, positioning himself as one of the Senate’s leading Democrats on foreign policy. He has been a member of Congress 21 years.

But Friday’s disclosures show that Menendez’s ties to Melgen continue to dog him.

Menendez’s spokeswoman, Tricia Enright, said Menendez has been fighting a “smear campaign” and that setting up the legal fund is consistent with Senate ethics procedures.

Enright said Menendez’s previously unacknowledged flight on Melgen’s plane was an “oversight.” She said he took a commercial flight in January 2011 for a series of events in the Miami area before flying back on Melgen’s plane.

She said the discrepancy was not discovered until the end of 2013, and Menendez repaid Melgen late last year. Menendez had previously acknowledged not paying for several flights on Melgen’s plane and reimbursed him nearly $60,000.

Melgen and Menendez have long, deep ties. Menendez has previously acknowledged actions he or his office took that appeared to have benefited Melgen, but Menendez has insisted he has done nothing unethical.

Melgen was Menendez’s top political donor as the senator sought re-election in 2012. Melgen’s practice gave $700,000 to Majority PAC, a super political action committee set up to fund Democratic candidates for the Senate. Aided by Melgen’s donation, the super PAC became the largest outside political committee contributing to Menendez’s re-election, spending more than $582,000 on the senator’s behalf.