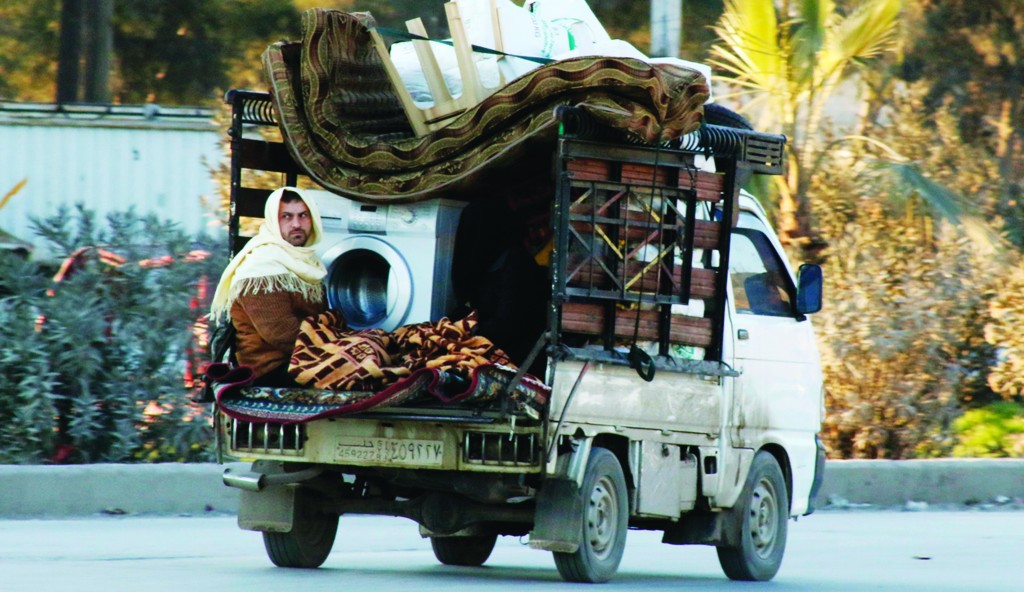 The Syrian government extended its intense aerial campaign against rebel-held areas of the northern city of Aleppo on Monday, conducting a series of airstrikes that killed at least 18 people.

Monday’s air raids hit the districts of Hanano, Qadi Askar and Mouwasalat, the Britain-based Syrian Observatory for Human Rights said. The group, which monitors the conflict through a network of activists on the ground, said helicopters dropped crude bombs — barrels packed with explosives, fuel and scraps of metal — on the neighborhoods, causing immense damage.

The Syrian government has not relented in its bombardment of rebel-held areas of Aleppo since launching what appeared to be a concerted aerial campaign there late last year. Over a two-week stretch in December alone, activists say airstrikes killed more than 500 people.

Syria’s opposition has pointed to the air raids as evidence that Assad has little interest in peace despite sending a delegation to Switzerland last week for U.N.-sponsored negotiations aimed at ending the nearly three-year uprising. The first round of talks failed to secure any meaningful agreement other than to meet again later this month for more talks.

Since it began with largely peaceful protests in March 2011, the Syrian conflict has killed more than 130,000 people and forced almost a third of the country’s prewar population of 23 million from their homes.