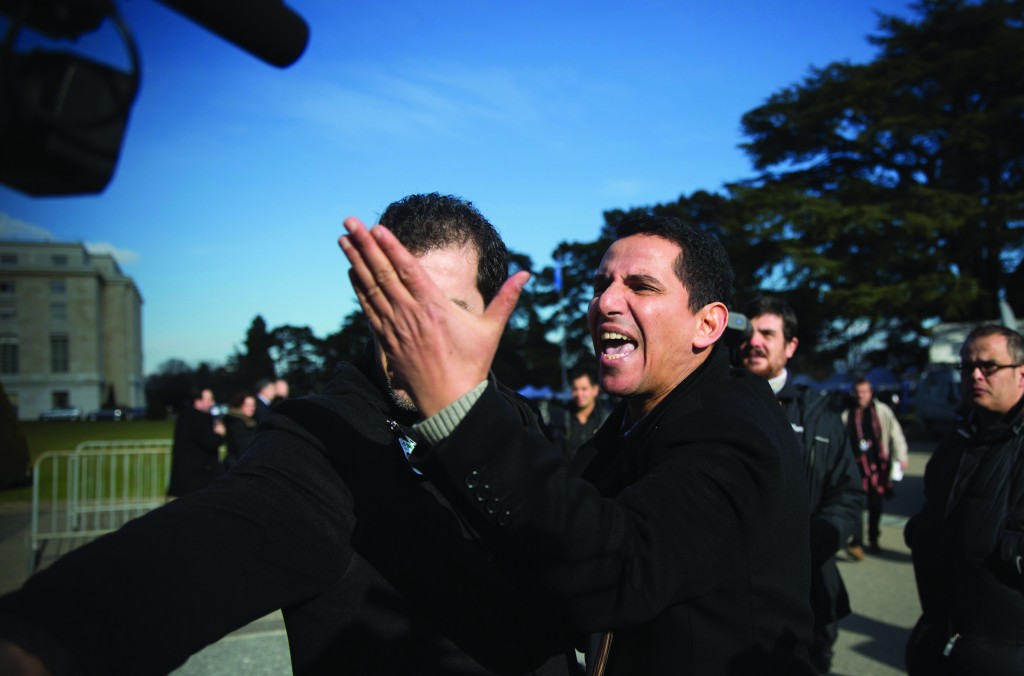 Syrian President Bashar Assad’s adviser on Wednesday rejected the opposition’s call for a transitional governing body and suggested for the first time that a presidential election scheduled to be held later this year may not take place amid the raging violence.

The comments by Bouthaina Shaaban in an interview with The Associated Press came as U.N. mediator Lakhdar Brahimi announced that the first phase of the Syria peace talks in Geneva will end on Friday, as scheduled, and that the gap between the government and the opposition remains “quite large.”

“To be blunt, I do not expect that we’re going achieve anything substantial” by Friday, he told reporters Wednesday. “I’m very happy that we are still talking and that the ice is breaking slowly.”

Brahimi said both sides will decide when the second phase of the talks will take place — most likely after a one-week break.

Earlier Wednesday, both sides managed to discuss the thorniest issue: the opposition’s demand for a transitional government in Syria.

But Shaaban said it would be difficult to hold a presidential election in Syria, given the fighting, and she rejected a transitional governing body.

“There’s nothing in the world called transitional government. We don’t mind a large government, a national unity government, but I think they invent the wrong term for our people and then they circulate it in the media,” she told AP.

The idea of a national unity government has been rejected by the opposition, which insists Assad must step down in favor of a transitional government with full executive powers.

The peace conference, intended to forge a path out of the civil war that has killed 130,000 people, has been on the verge of collapse since it was first conceived 18 months ago.