Regional Noise Is No. 1 Quality-of-Life Complaint in NYC
Regional 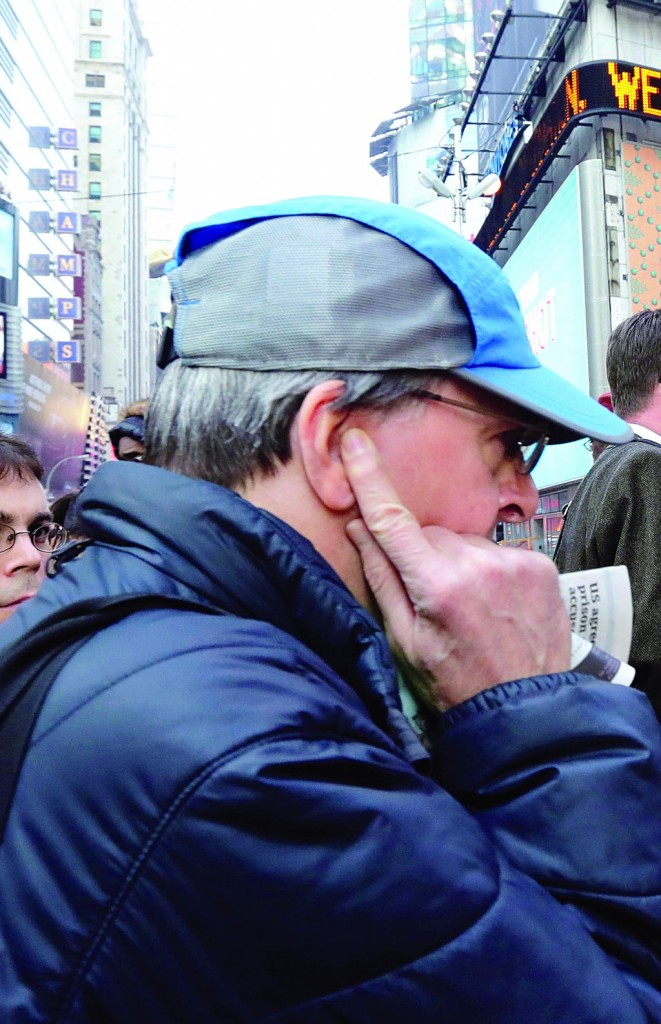 No wonder they call New York the city that never sleeps. Who can get any shut-eye with all the noise?!

Silence, it seems, is the one thing in this city of more than 8 million that’s almost impossible to find, despite a major crackdown on excessive noise.

One of the lesser-known legacies of the recently ended 12-year tenure of Mayor Michael Bloomberg was one of the nation’s toughest noise codes. Under it, every construction site must post a noise mitigation plan, while excessive noise from diners, sidewalks, and even garbage trucks is illegal.

But despite thousands of violation notices filed with the city last year, health officials warn there are still plenty of places where decibels top 85, a level that can cause hearing damage with prolonged exposure. Some parts of the city frequently exceed 100 decibels — especially where planes swoop a few hundred feet over rooftops.

While there is no comprehensive list, the city says these are frequent sources of complaints for life-altering noise:

“This is the noisiest place in New York City!” declares Jesse Davis, who stands in the heart of Times Square handing out leaflets. “It’s toot, toot, toot, toot, all day long.”

For two decades, the 57-year-old has done this kind of work, surrounded by a sea of cabs, cars and trucks, their drivers often laying on the horn to get people to move.

Davis tries to drown out the noise with music from his ear buds. “This is New York, and this whole city is noisy,” he says. “But you get used to it — business is business.”

On a concrete island in the middle of the square is a shipping-container-turned-gourmet food cart, where clerk Eduardo Zevallos spends his days amid the cacophony, “trying to tune it out.”

The worst noise? When an ambulance gets stuck in traffic just feet behind him. “So for maybe five minutes, you have to listen to a drowning ambulance sound.”

At P.S. 85 in Queens’s Astoria neighborhood, children and their teachers have a signal system: Touching a forefinger to the lips while lifting two fingers in the air.

That means stop everything because the overwhelming noise outside from the screeching elevated subway trains drowns out any kind of speech.

“It’s really loud, and our teacher has to stop every two minutes, or three, when the train comes,” says eight-year-old Nepheli Motamed, whose third-grade classroom is at the mercy of the trains.

Parents recently held a news conference to protest the noise, and they were interrupted 16 times in a half-hour by train squeals.

“This is attention deficit disorder forced on the kids because every few minutes they’re distracted and they have to constantly refocus,” says Evie Hantzopoulos, co-president of the school’s parent association.

City school officials say acoustic tiles have been installed in the classrooms facing the tracks.

But Nepheli says more still needs to be done. “It would be easier to learn without the noise,” she says.

On Manhattan’s East Side, residents of the Rivergate apartment building on 34th Street are subjected to a smorgasbord of sound: relentless whirring from helicopters at the East 34th Street Heliport, traffic whizzing by day and night on the FDR Drive, and ambulances heading for New York University’s Langone Medical Center.

After years of complaints about 90-decibel noise levels in their apartments, Rivergate’s management installed sound-dampening panes.

Sheldon and Gloria Moline say that when they first moved into their 32nd-floor apartment five years ago, they had to wear earplugs in their living room even with the windows closed. Now the only time they use them is when they go out on the balcony.

“You can’t talk because there’s nothing between you and the helicopters except six lanes of traffic,” Sheldon Moline says. “There’s nothing you can do about it — it’s all legal. … That’s living in the city.”

But the city did do something about the helipad, banning weekend flights and only allowing weekday ones from 8 a.m. to 8 p.m.

Barbara Brown puts up with massive jets from John F. Kennedy airport flying full thrust as low as about 100 feet over her house in Queens’ Springfield Gardens neighborhood, at decibel levels topping 110.

Every few minutes, the roof rattles, the ceilings shake and, at night, aircraft lights shine through windows.

“Whenever a plane is taking off or landing, it wakes you up,” says the retired elementary school principal. “If you’re talking on the phone, you have to stop.”

A few years ago, the Federal Aviation Administration redesigned New York routes around Kennedy and LaGuardia airports after changing navigation from radar to satellite. The greater accuracy allows planes to fly closer together but concentrates the noise.

In Queens’ Jackson Heights, near LaGuardia, the planes and the bustling street noise is a combination that resident Nicole Citron called, “Crazy-making! You can’t hear conversation.”

Citron puts her five-year-old and a toddler to bed in a room closest to the street because, oddly, it doesn’t seem to bother them. They never knew another way.