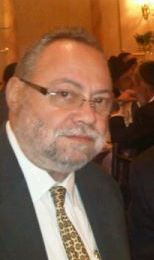 Brooklyn’s new district attorney reached into the heart of Boro Park to select his liaison to the Jewish community, appointing Wolf Sender, the district manager of Community Board 12, to keep him abreast of issues within the Orthodox community.

Sender told Hamodia Sunday that he will begin his job next Monday, on Feb. 3, as the community relations liaison to Kenneth Thompson. Sender replaces Henna White, who served in the same position under Charles Hynes for the past 23 years.

Sender, the district manager at CB 12 for the past 11 years, had earlier served in Mayor Rudolph Giuliani’s administration, with former state Comptroller H. Carl McCall, and with then-Democratic leader of the Senate, David Paterson.

Informed that Thompson had inquired about him taking the position, Sender applied for the job and was accepted.

Sender said that he “hopes” that his job would be redundant but said he is committed to helping the community in his position.