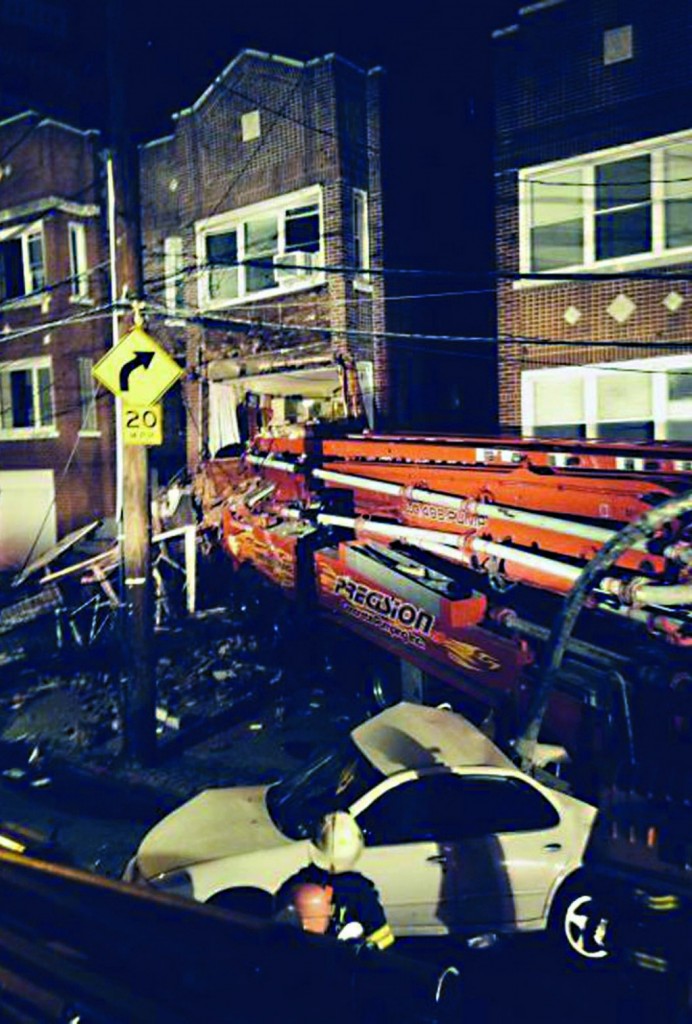 Emergency crews are still at the scene where a cement truck slammed into a three-story home in the Bronx, causing the building to partially collapse.

Fire officials said workers from various agencies were still attempting on Tuesday to remove the truck, which remained wedged inside the building.

The driver was killed and four people were injured when the truck crashed into the building, exposing a living room.

Police said the driver was exiting the Major Deegan Expressway in the University Heights section around 6:30 p.m. Monday when the truck careened into several vehicles before plowing into the home.

No one in the home was injured. One firefighter suffered a minor injury.