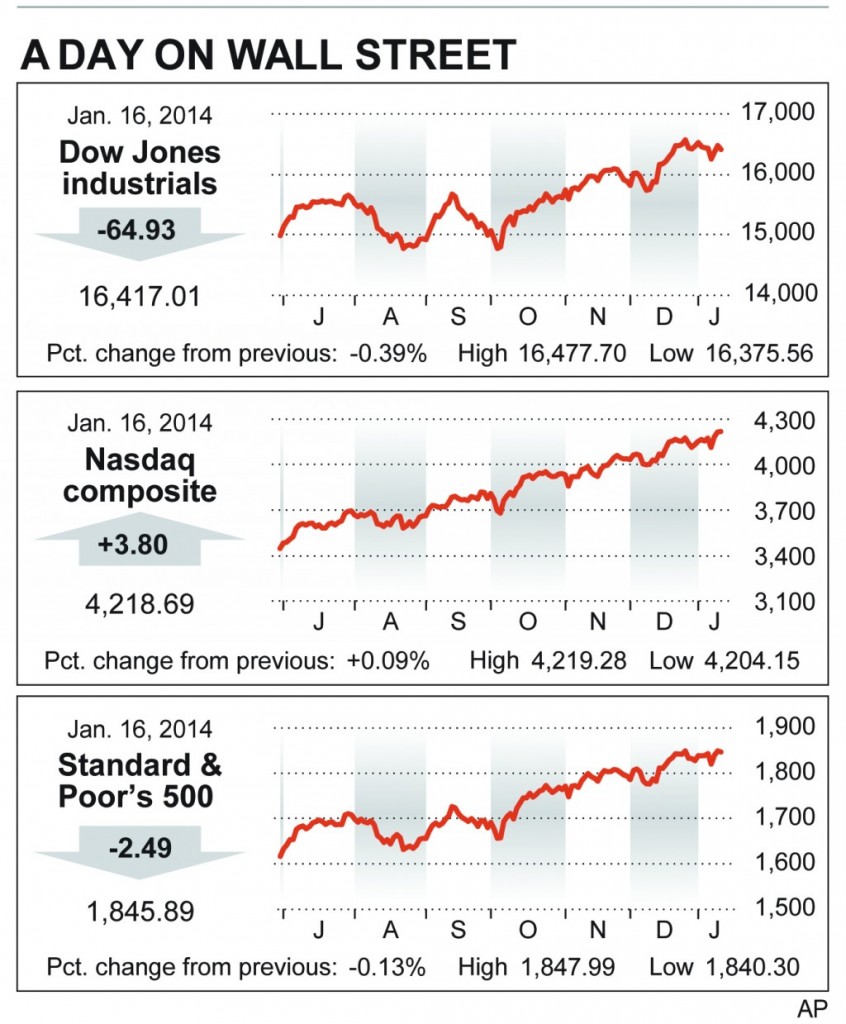 A batch of negative company news gave investors something to fret over Thursday.

A day after eking out its first record high of 2014, the stock market lost ground Thursday as electronics retailer Best Buy, Goldman Sachs and Citigroup, and railroad operator CSX had disappointing earnings news.

Consumer discretionary companies and banks fell the most.

Investors had high hopes that Best Buy, which has faced intense competition from companies like Amazon.com, would put itself back on track. The stock soared 236 percent last year. However, the company said Thursday that the aggressive price-matching policy it offered during the season backfired and sales fell 0.8 percent compared to a year ago.

Best Buy is not the only retailer to disappoint investors in the last week.

Bed Bath & Beyond, Family Dollar and Target all cut their full-year outlooks last week after a weak year-end season. The only bright spot in the retail industry was Macy’s, and even it announced layoffs of 2,500 employees as part of a restructuring. 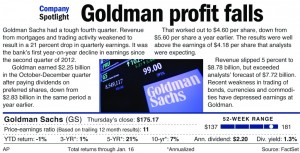 The bank reported a drop in fourth-quarter profit due to problems in its mortgages and
bond trading division. However, Goldman’s earnings did beat analysts’ expectations.

The bond and mortgage businesses were also weak at Citigroup, whose results fell short of expectations. The stock dropped $2.39, or 4 percent, to $52.60.

“If something were to go wrong, like if this earnings season continues to disappoint, I think any negative market reaction would be magnified,” Clemons said. “The market is not as resilient as it was last year.”

The company disappointments were not limited to retailers and banks.

CSX warned investors that it might be difficult to reach its own profit targets over the next two years because of ongoing weak demand for coal. The news pushed CSX down $1.99, or 7 percent, to $27.24. Other railroad stocks including Union Pacific and Norfolk Southern also fell.