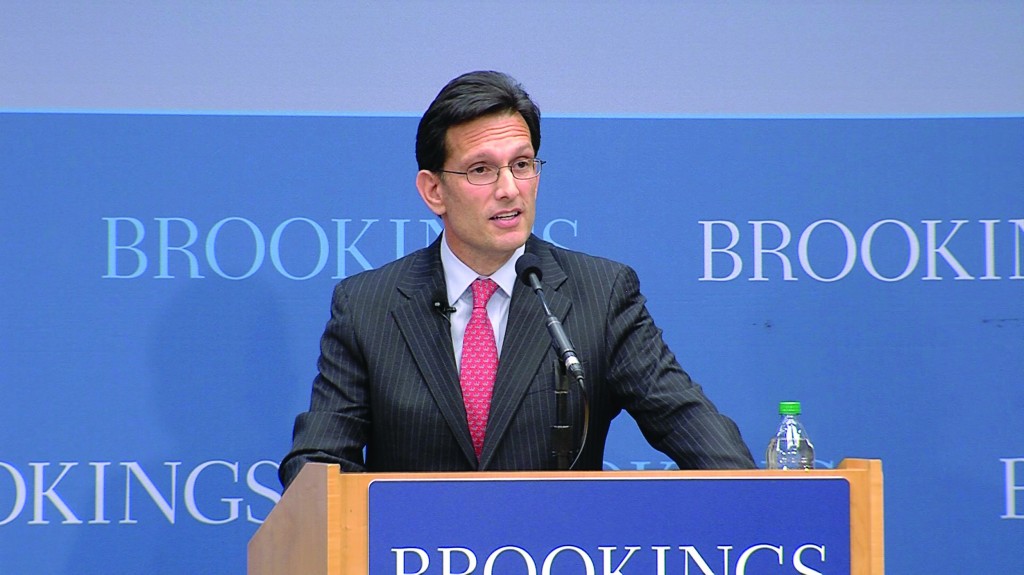 During a speech in Washington at the Brookings Institution, Cantor, a Virginia Republican, said that New York made great progress in offering choice to students under former Mayor Michael Bloomberg, a political independent who grew the number of public charter schools from seven to 123 in 12 years.

Public charter schools are financed with tax money but are independently run, and in most cases, teachers are not unionized.

Bloomberg allowed charter schools to co-locate in underused city schools, which relieved charters from the cost of finding space in New York’s overheated real estate market. But that created tension with traditional schools, some of which were squeezed out of their gyms and classrooms as adjoining charters grew.

De Blasio, who campaigned on the idea of improving all schools, wants to halt the co-location of charters. He said he might also charge rent to charters that receive significant funding from foundations and private interests.

“This move could devastate the growth of education opportunity in such a competitive real estate market like New York City,” Cantor said. “Just think of how many families will have their choices taken away if Mayor de Blasio pursues these policies.”

Cantor said that he has no qualms about challenging New York City policies if he thinks they threaten school choice.

“Our committees in the House,” he said, “will remain vigilant in their efforts to ensure that no one, no one from the government, stands in the schoolhouse door between any child and a good education.”

“The Republican agenda in Washington doesn’t even scratch the surface of the inequities facing more than a million children in our public schools,” he said in an emailed statement. “It’s a dangerous philosophy that turns its back on public education — and it has failed many times before. What public school parents want — and I know because I’m one of them — are real investments that lift up all our kids. That will take big, bold, progressive ideas. And that’s exactly what the people of New York City just voted for.”

“America is in the midst of an education revolution,” Cantor said at Brookings, “with a shift toward more choice for families.” Five decades of investment and effort by the federal government to improve public education has not worked, he said, and students need an escape hatch from substandard schools.

“For many families, living in poverty spans generations,” Cantor said. “Parents and grandparents struggled to realize the American dream. School choice is the surest way to break this vicious cycle of poverty, and we must act fast before it is too late for too many.”