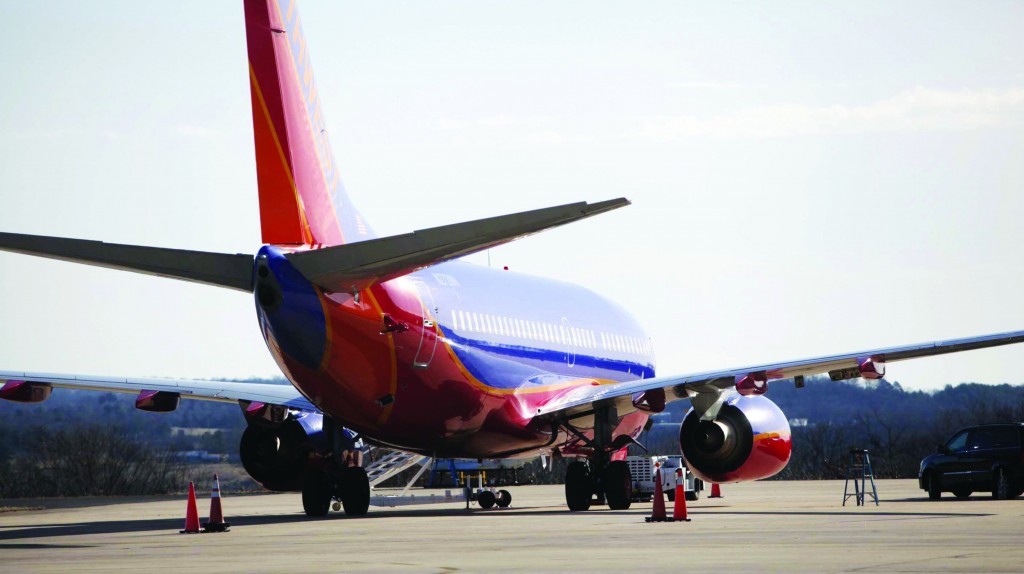 The pilots of a Southwest Airlines flight that mistakenly landed at the wrong Missouri airport were grounded Monday, less than a day after they touched down at a small airfield that gave them only half as much room as normal to stop the jet.

No one was hurt, but after the 124 passengers were let off the plane, they noticed the airliner had come dangerously close to the end of the runway, where it could have tumbled down a steep embankment if it had left the pavement.

“As soon as we touched down, the pilot applied the brake very hard and very forcibly,” said Scott Schieffer, a Dallas attorney. “I was wearing a seatbelt, but I was lurched forward because of the heavy pressure of the brake. You could smell burnt rubber, a very distinct smell of burnt rubber as we were stopping.”

Branson Airport has a runway that is more than 7,100 feet long — a typical size for commercial traffic. The longest runway at Taney County is only slightly more than 3,700 feet because it is designed for small private planes.

After the jet stopped, a flight attendant welcomed passengers to Branson, Schieffer said. Then, after a few moments, “the pilot came on and said, ‘Ladies and gentlemen, I’m sorry to tell you we landed at the wrong airport.’”

Both pilots are Southwest veterans. The captain is in his 15th year flying for the carrier. The first officer will mark 13 years in June, the airline said.