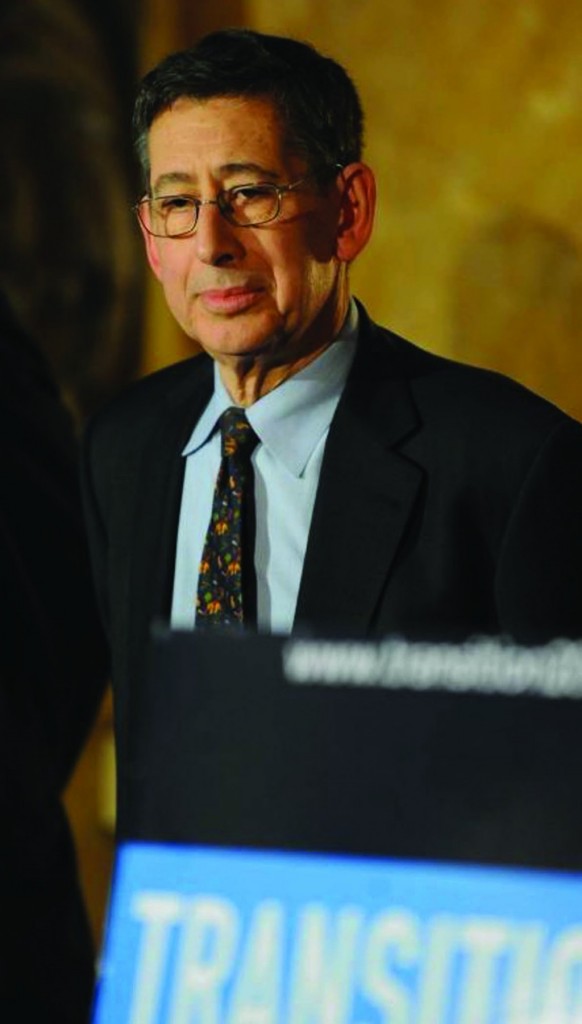 New York City Mayor Bill de Blasio named on Tuesday, a day before his inauguration, a new city labor director who immediately pledged to take a sympathetic stance toward public workers when the nation’s biggest city renegotiates expired contracts with its workforce.

Bob Linn, the new director of labor relations, pointedly weighed in on a national debate that has raged from New Jersey to Wisconsin over how teachers, firefighters and other public workers should be compensated.

While some states have curbed union power and bloated public sector workers, Linn said, “you will never hear that from any of us.”

Public-employee unions in New York are demanding up to $8 billion in retroactive pay increases as part of new contracts that outgoing Mayor Michael Bloomberg has left for de Blasio. Bloomberg and unions let the previous contracts run out between 2009 and 2012, allowing the unions to wait for a more sympathetic negotiating partner.

Linn, a veteran arbitrator of labor disputes, was one of four appointments announced by de Blasio hours before he took office.

De Blasio also named the city’s next transit chief, Polly Trottenberg, saying he sees the sector as “another way to confront economic inequality.” She was a top official at the Department of Transportation.

Trottenberg’s tenure is likely to be judged at least in part by her approach to a polarizing issue during the Bloomberg years: the creation of miles of new bike lanes. While the bike lanes have been applauded by cycling advocates, others say they snarl traffic and disrupt quiet neighborhoods.

De Blasio, who has faulted Bloomberg for putting wealthy New Yorkers ahead of those struggling in an ever-more-expensive city, also announced that two veterans of Bloomberg’s administration will stay on.

Kyle Kimball will continue as head of the Economic Development Corporation while Gilbert Taylor, currently deputy commissioner at the administration for children’s services, will be the city’s next commissioner of homeless services.