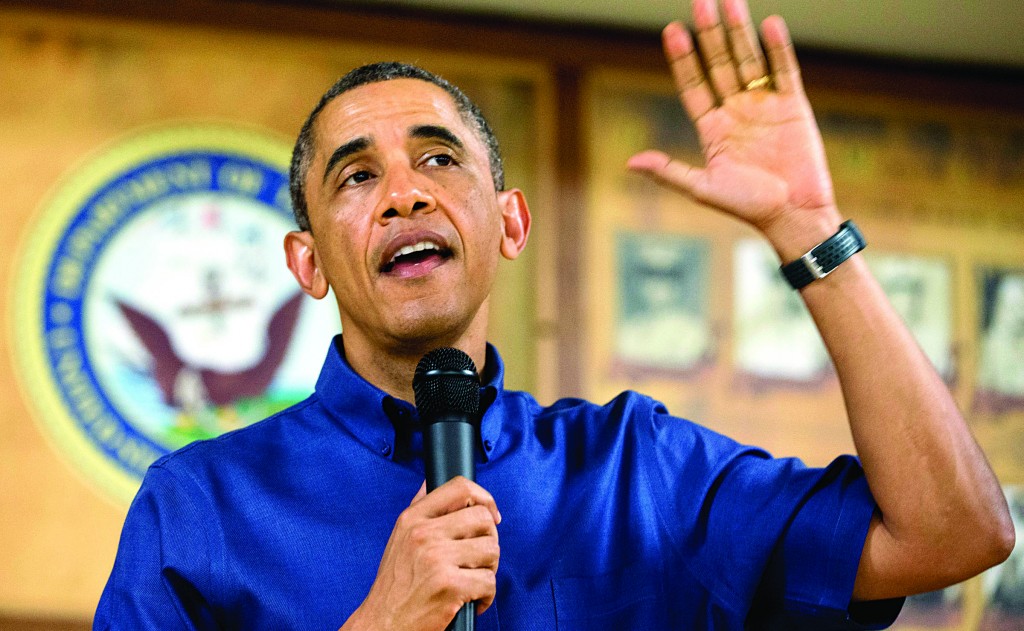 President Barack Obama signed a bipartisan budget deal Thursday easing spending cuts and a defense bill, marking a modest end to a challenging year for the White House and Congress.

Obama put his signature on both hard-fought bills while vacationing in Hawaii, where the president has been laying low since Saturday as he regroups for the midterm election year ahead. The bill signing marks one of Obama’s last official acts in a year beset by a partial government shutdown, a near-default by the Treasury, a calamitous health care rollout and near-perpetual congressional gridlock.

Although the budget deal falls short of the grand bargain that Obama and congressional Republicans once aspired to, it ends the cycle of fiscal brinkmanship — for now — by preventing another shutdown for nearly two more years.

But the rare moment of comity may be short-lived. Hanging over the start of the year is a renewed fight over raising the nation’s borrowing limit, which the Treasury says must be resolved by late February or early March to avert an unprecedented U.S. default. Both sides are positioning behind customary hard-line positions, with Republicans insisting they want concessions before raising the debt limit and Obama insisting he won’t negotiate. 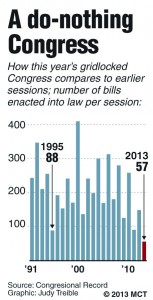 The last vestiges of 2013’s legislative wrangling behind him, Obama’s attention turns now to major challenges and potential bright spots in the year ahead. In late January, Obama will give his fifth State of the Union address, setting his agenda for the final stretch before the 2014 midterm elections render him less able to focus Washington’s attention on his own priorities.

Obama signed the two bills and several others in private, without reporters present, after an early-morning trip to the gym at the Marine Corps base near his vacation rental in Oahu.

The product of intensive talks before lawmakers left Washington for the legal holiday break, the budget deal alleviates the harshest effects of automatic budget cuts on the Pentagon and domestic agencies. It reduces those cuts, known as the sequester, by about one-third, restoring approximately $63 billion over two years.

A projected $85 billion in savings are located elsewhere in the deal, including increases in an airport security tax and a fee corporations pay to have pensions guaranteed by the government. Also included: a contentious provision to pare down annual cost of living increases in benefits for military retirees under age 62. Those cuts will save the government about $6.3 billion over a decade.

With lawmakers eager to leave town and Republicans hoping to keep the focus on problems with Obama’s health care law, the deal passed with bipartisan support in both the Democratic-controlled Senate and the Republican-controlled House — despite opposition from tea party groups that lined up to oppose it, arguing the deal would raise spending.