Israel The ‘Power’ of a Mitzvah: A Story From the Storm
Israel 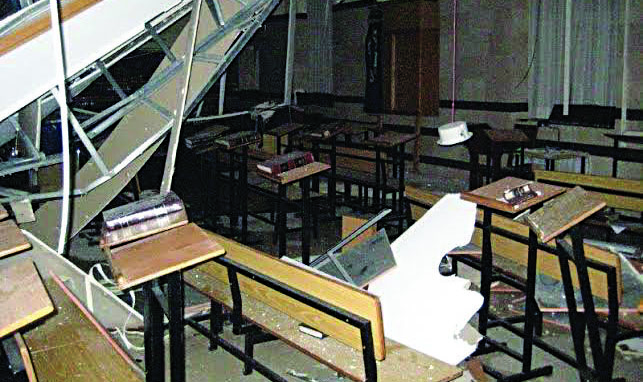 Every crisis reveals the hand of Hashem in our lives even in the most difficult times, and the massive snow storm which hit Israel last week was no exception. What follows are just a few examples that were brought to the attention of Hamodia:

A prominent rabbinical figure in Yerushalayim (who asked not to be named) told the story of a resident of Brachfeld who arrived at Bikur Cholim hospital in the city on Wednesday, the day before the storm. On Erev Shabbos, she was informed that she would have to go home to make room for the flood of patients coming in during the storm. However, as the entire city was by then shut down, she  had no way to get home and no family in Yerushalayim — nowhere to go.

But then, through a friend, she was put in touch with the Rav. He and his Rebbetzin agreed to provide her with a place to stay over Shabbos, in their own home. They prepared a room for her and welcomed her warmly when she arrived from the hospital on Erev Shabbos.

Then, along with many other buildings in the city, their complex lost power. All were plunged into darkness. Except, that is, for one apartment — theirs! Theirs was the one apartment in the entire complex that had light and heat as if nothing had happened.

“That apartment,” said the Rav, “in which the mitzvah of hachnasas orchim (accomodating guests) was fulfilled with genuine desire.”

When workers from the electric company arrived at 2 a.m. on Motzoei Shabbos to repair the electricity, they were dumbfounded to find the Rav’s apartment with lights on, while everything else in the complex was without power.

“It can’t be!” they said. “The main switch to the building is down, and yet here there’s electricity. It’s unbelievable!”

Another miraculous occurrence was in Yeshivas Beis Shmuel in Yerushalayim. The roof of the beis medrash collapsed under the weight of the snow, but no one was hurt.

As one of the students told Hamodia: “At 11 p.m. on Leil Shabbos, while we were in the middle of Oneg Shabbos in the dining room, we heard a tremendous crash. We thought it was another earthquake, and we ran up to the beis medrash where the sound had come from that had so frightened us.

“We found there about 30 students who had been learning there at the time, and were fleeing in panic. When we entered, we saw that the roof, which was not made of concrete, had caved in and part of it was still dangling.

“We asked a non-Jewish worker to call the emergency services to see if anybody was trapped in the rubble. A large contingent of rescue personnel arrived, and they ascertained that there was no one trapped inside.”

The yeshivah administration decided to evacuate the several hundred students to an adjacent school, where they spent the remainder of Shabbos in safety.

After the incident, the students gathered to sing songs of praise and thanks to Hashem. Especially moving, they said, was the Birchas Hagomel (blessing of thanksgiving) recited by the students who would have been in the beis medrash when the roof collapsed.