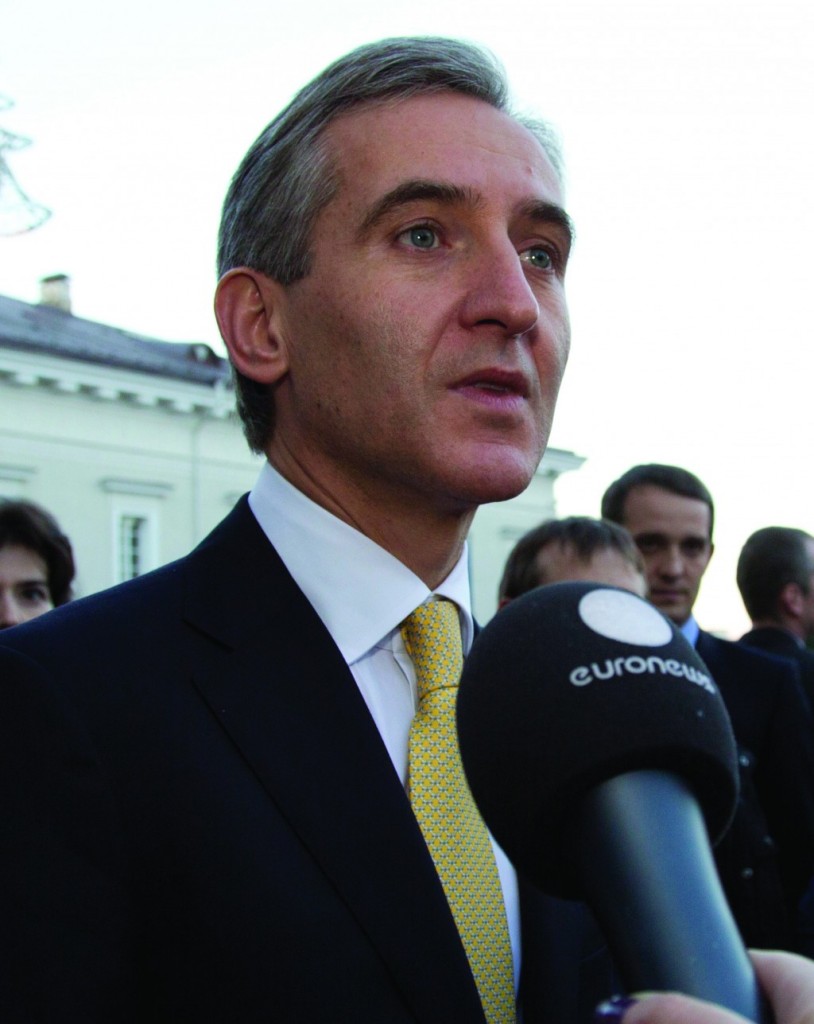 At a European Union summit in the Lithuanian capital of Vilnius, Moldova is set to sign on to the European Union’s Eastern Partnership, a program established in 2009 to advance political and trade relations between the EU and members of the former Soviet bloc.

It’s a chance for countries like Moldova, perhaps the poorest nation in Europe, to advance trade and political links with members of the EU, as well as ease visa restrictions. There is just one problem — Russia.

Russia is firmly against Moldova, as well as Ukraine, Armenia and other former members of the Eastern bloc, signing the agreement and moving from its perceived sphere of influence into the EU’s. Instead, Russia wants those countries to join its Moscow-dominated customs union, a union that so far includes Kazakhstan and Belarus.

In September, Russia’s deputy prime minister, Dmitri O. Rogozin, warned it would be a “grave mistake” for Moldova to seek closer ties with the EU and hinted that Russia could cut Moldova’s gas supply this winter — on which it relies almost exclusively for heating — if Moldova were to go ahead.

On a visit to the Moldovan capital of Chisinau, he left a veiled threat: “We hope you will not freeze.”

Armenia, another nation that was expected to sign the agreement in the near future, pulled out in September, following concerted Russian pressure. Ukraine, which had its imports temporarily blocked over the summer, has indicated it won’t sign this year, touching off demonstrations there, though Ukraine’s president, Viktor Yanukovych, has announced he will attend the Vilnius summit.

Moldova has indicated it will sign, even though it has been damaged by Russia’s blanket ban on Moldovan wine imports, ostensibly for health and safety reasons; Russia was Moldova’s primary wine market. There’s also fear that Russia could expel tens of thousands of Moldovans.

Perhaps to help combat those reservations, the United States announced Wednesday that Secretary of State John Kerry will travel to Chisinau next week.

“Russia is putting all of these countries in a position where they have to choose one or the other,” said Amanda Paul, an analyst at the Brussels-based European Policy Center think tank. “They all have key economic relations with Russia, with millions of men and women working in Russia, so they all have a lot to lose.

“The Russian leadership feels like it has imperial rights over the countries once part of the Soviet bloc,” she said.

On the streets of Chisinau, the architecture still harks back to the days when this landlocked nation of 3.6 million was part of the Soviet Union. Trams rattle down the streets, passing Soviet-era apartment blocks and monolithic government buildings. The average annual salary is just $3,500, and the capital city is plastered with signs offering waitressing, nursing and construction jobs overseas.

As many as 1 million Moldovans are thought to be living and working abroad, mostly in Russia and Europe.

Drama over the Vilnius summit has intensified in recent weeks.

Russia is working hard to discourage Ukraine from signing. It imposed tougher customs controls on its borders with Ukraine, and Ukraine’s Parliament subsequently delayed a vote to allow jailed opposition leader Yulia Tymoshenko permission to go to Germany for medical treatment, a key condition set by the EU.

Those in Moldova are worried that if Ukraine does pull out, it will just put more pressure on them from both sides.

“The EU needs at least one success story in the Eastern Partnership area and they are running out of options,” said Barbarosie. “But Russia won’t give up, so we are really being pulled in both directions.”