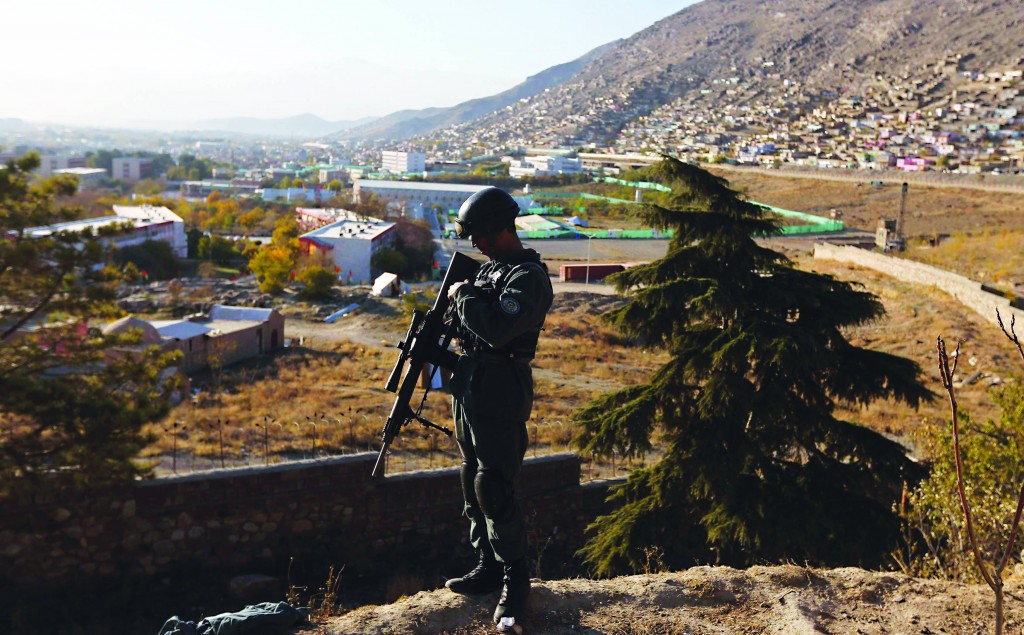 The United States and Afghanistan on Wednesday reached a draft agreement on a crucial security pact, a day before thousands of Afghan elders are set to debate whether to allow U.S. troops to stay in the country after 2014.

Without the accord, the United States has warned it could withdraw its troops by the end of next year and leave Afghan forces to fight a Taliban-led insurgency without their help.

Thousands of Afghan dignitaries and elders are due to convene in a giant tent in the capital Kabul on Thursday to debate the fate of U.S. forces after a 2014 drawdown of a multinational NATO force.

“We have reached an agreement as to the final language of the bilateral security agreement that will be placed before the Loya Jirga tomorrow,” Kerry told reporters.

Intense negotiations between Kabul and Washington have provoked frustration among the Afghan tribal and political elders who made perilous journeys from all over the country to the capital Kabul for a grand assembly to debate the pact.

Efforts to finalize the pact stalled on Tuesday amid disagreement over whether President Barack Obama had agreed to issue a letter acknowledging mistakes made during the 12-year Afghan war.

Kerry denied there had been any discussion about the possibility of a U.S. apology to Afghanistan for mistakes or Afghan civilian casualties during the 12-year U.S. military presence in Afghanistan. Such an apology would draw widespread anger in the United States.

“The important thing for people to understand is there has never been a discussion of or the word ‘apology’ used in our discussions whatsoever,” Kerry said, adding that Afghan President Hamid Karzai had also not asked for an apology.

State Department spokeswoman Jen Psaki said the possibility of a letter, or some other kind of correspondence, would seek to reassure the Loya Jirga of the importance of the U.S.-Afghan relationship and to address concerns over civilian casualties.

The Afghan government said it had received assurances that an Obama letter would be provided this week to the grand council of Afghan elders, known as a Loya Jirga.

But Susan Rice, Obama’s national security adviser, insisted on Tuesday that an apology was “not on the table.”

The drawdown of Western troops has allowed tentative peace overtures between Kabul and the Taliban to gather pace, and Afghan officials arrived in Pakistan on Wednesday to initiate talks.

The Taliban have nonetheless condemned the Loya Jirga as a farce, and security has been tight in Kabul following a suicide bomb attack near the assembly ground over the weekend.

Insurgents fired two rockets at the tent where the last Loya Jirga was last held in 2011, but missed the delegates.

If the two sides cannot agree on a pact, Karzai has suggested submitting different versions of the document for the Loya Jirga to decide on. That caused confusion among Jirga members.

Khan Ali Rotman, who runs a Kabul youth organization, said if the pact was not in Afghanistan’s national interests, “we will raise our voice and not vote for it”.

But a Kabul senator, Khan Mohammad Belaghi, said Afghanistan had no choice but to sign:

“We have to have a partnership with a country like the United States and we will vote in favor of it because it can protect us from threats from neighboring countries, especially Pakistan, and the Taliban.”

Violence spiraled on the eve of the meeting, with the Taliban attacking two high-ranking police officials.