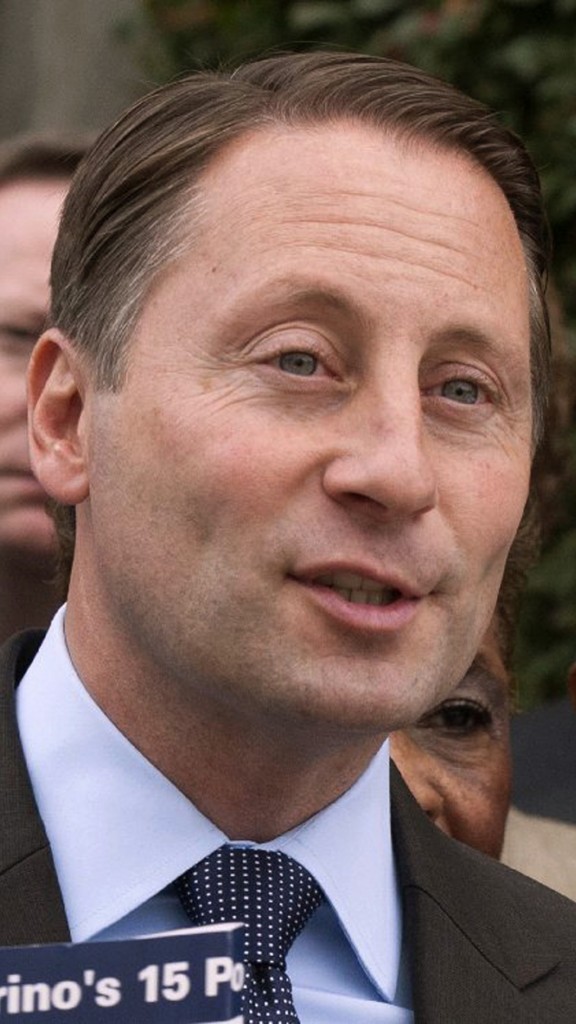 Tuesday’s election for New York City elected a mayor by a margin unseen in city history for a non-incumbent, but also set a dismal record for low turnout.

Only 24 percent of registered voters showed up at the ballot box, down from 28 percent four years ago. With absentee, emergency and affidavit ballots still to be tallied, the percentage and the number of votes — barely over one million of the 4.3 million registered voters in New York City — was the lowest since at least the mid-20th century.

The low turnout, pundits say, was probably due to expectations people had that Bill de Blasio was set for a landslide. De Blasio supporters felt they weren’t needed, while backers of his Republican rival, Joe Lhota, considered the odds against him as too daunting to overcome.

The highest turnout for a mayoral race in modern history came in 1953, when 2.2 million or 93 percent of registered voters, turned out. The last time turnout topped 50 percent was in 1993, when 57 percent voted. Voters angry at Mayor David Dinkins over the race riots turned out to elect Rudy Giuliani that year, and Staten Island voters rallied behind an ultimately-unsuccessful referendum on secession from the city.

Mayor-elect Bill de Blasio still hasn’t made up his mind if he will move his family from their modest Park Slope home to the sprawling Gracie Mansion mayoral residence, which was used solely for official functions during Mayor Michael Bloomberg’s 12-year tenure.

De Blasio noted that that his teenage son Dante would be severely inconvenienced by the long commute to school from Manhattan’s Upper East Side.

“As you may have noticed, there are four strong personalities in the family, one of whom  Mr. Dante de Blasio has strong feelings about proximity to his high school,” he said. “Obviously we wanted to get through last night, not be presumptuous, but now there’s a very serious family discussion that has to be had about what makes sense going forward.”

Dante goes to Brooklyn Tech, which is about a 10-minute drive from his current home but a half   hour car ride from Gracie Mansion.

Bloomberg, a billionaire who prefers his own multimillion dollar townhouse, lives nearby in a much tonier section of the neighborhood, has said the city’s mayors shouldn’t live in the residence so it can be used for other things.

Manhattan Borough Scott Stringer took the stage Tuesday night as the city’s next comptroller, ending a seesaw campaign which started off as a sleepy primary, was upturned by the entrance of former Gov. Eliot Spitzer, and finished with a coast to victory over his little-known Republican challenger.

“Thank you, New York, thank you,” Stringer said. “I want everyone in this city to know that I will be a comptroller who will serve this city with honesty and integrity.”

The victory was an anticlimactic affair, coming two months after he staged a surprising comeback over Spitzer, who jumped into the race at the very last minute, pitting his family fortune against Stringer. But the general election featured a Republican rival, John Burnett, who had a compelling life story but no compelling way of getting voters’ attention.

“The best days of New York are just coming,” Stringer said. “I’m proud of this new government and I thank you all from the bottom of my heart.”

Councilwoman Letitia James won the race to become the city’s next public advocate, making history as the first African-American woman to be elected to citywide office.

“Yes, this is indeed historic, because our government must be representative of all New Yorkers,” James, a Flatbush Democrat, said in her victory speech Tuesday night.

But, she said, “what I’m really proud of is the fact that we ran a campaign centered on progressive ideas.”

While she congratulated Mayor-elect Bill de Blasio on his win, she said she takes her role in the city’s bully pulpit seriously and promised to speak up against the new mayor when necessary.

“I will not hold back. I refused to go along to get along. I will raise my voice loudly as you know I can do.”

The role of public advocate was envisioned upon its establishment 15 years ago as a sort of watchdog, the people’s man in government. But with the 311 call center, its usefulness has been called into question, and the Republican party did not field a candidate to challenge James. She won over a group of third-party candidates, most notably the Conservative party’s Robert Maresca, who took 12 percent of the vote, to James’s 84 percent.

The position is seen as a prime springboard to the mayor’s office. Two out of the three public advocates have run for mayor, including the current officeholder, de Blasio.

Nassau County Executive Edward Mangano, a Republican, successfully turned away a challenge Tuesday from Thomas Suozzi, a Democrat who had previously held the job for two terms, winning by a 59 to 41 percent margin.

Mangano, the first to be elected with tea party backing in 2009, touted his tax-cutting policies as well as his handling of the aftermath of Superstorm Sandy, which caused tremendous destruction on Long Island’s southern coast. He also put together a proposal to renovate the Nassau Veterans Memorial Coliseum.

“What a great night!” Mangano, 51, told supporters at his victory party. He said he felt “blessed” to continue in the job.

The election was seen as a barometer of the tea party’s staying power, weeks after they engineered a federal government shutdown over Obamacare funding.

Suozzi, who lost a re-election bid to Mangano in 2009 by just a few hundred votes, said his failed comeback was “a tough loss for Democrats — a tough loss for me personally.”

“So many people were so loyal, under such tough circumstances,” he said.

The wealthy county just east of New York City has been under a state-imposed financial watchdog since 1999. In 2011 it declared a fiscal emergency and imposed a wage freeze on county workers that remains in effect.

Lawrence Levy, executive dean of the Hofstra University National Center for Suburban Studies, said this year’s election was being watched beyond Long Island as a barometer for the 2014 midterm elections in Washington because it is viewed as a typical suburban swing county.

On the campaign trail, Rice trumpeted her enforcement of drunken-driving laws.

In neighboring Suffolk County, District Attorney Thomas Spota was re-elected to a fourth, four-year term without opposition. He had the endorsement of both major parties.

A court ruling earlier this year struck down a term limits law in the county, saying it did not apply to the district attorney.

For the second time, Astorino had to overcome a Democratic majority among voters in the county. He campaigned on keeping his pledge not to raise county property taxes — a promise that helped him to a landslide win in 2009.

He also defended his expensive battle with the federal Department of Housing and Urban Development. Because the county hasn’t produced what HUD considers an acceptable analysis of local zoning laws, which was a condition of the settlement of a lawsuit, Westchester has lost $7.4 million in grants. More than $10 million more is at risk.

Bramson, the mayor of New Rochelle, said the issue was an “expensive, divisive mess” that he would quickly put behind him. He also tried to tie Astorino to the tea party, raising his social and moral values as incompatible with a more liberal constituency. Astorino said they were his personal views and had nothing to do with county government.

An analyst, Lawrence Levy of the National Center for Suburban Studies, had said an Astorino victory might mean anti-Republican sentiment stemming from the federal government shutdown won’t hurt the GOP terribly in 2014 elections.

Two-term Republican Rep. Jon Runyan of New Jersey, a member of the House’s 2010 tea party class who displayed a moderate streak, has decided to retire rather than seek re-election next year.

“Politics shouldn’t be a career and I never intended to make it one,” Runyan said in a statement Wednesday. “While it has truly been an honor to serve the people of New Jersey’s 3rd Congressional District, at this stage in my life, and more importantly, the lives of my three children, spending time with them is my top priority.”

The former football star defeated a Democrat to win his seat in 2010, one of dozens of newcomers who lifted the GOP into the majority in the House. He was one of 87 Republicans to vote to reopen the government last month after the 16-day shutdown. He also is a co-sponsor of a House bill that would outlaw discrimination against immorality in the workplace.

Runyan, who turns 40 at the end of the month, won his district with 54 percent of the vote in the 2012 election. Runyan’s decision gives Democrats a chance to win back the seat.

Judges won’t remain on the state’s highest court and principal trial courts until 80 years old after voters rejected a referendum to raise the age limit a decade. That would have postponed mandatory retirement for the four conservative judges appointed by Republican Gov. George Pataki. There are seven judges altogether on the Court of Appeals, who are appointed to 14-year terms.

State Supreme Court justices, who are elected to 14-year-terms, can now get three two-year extensions beyond 70, provided they get a certificate that they’re capable and needed by New York’s overcrowded courts. Approval would have allowed them five extensions.