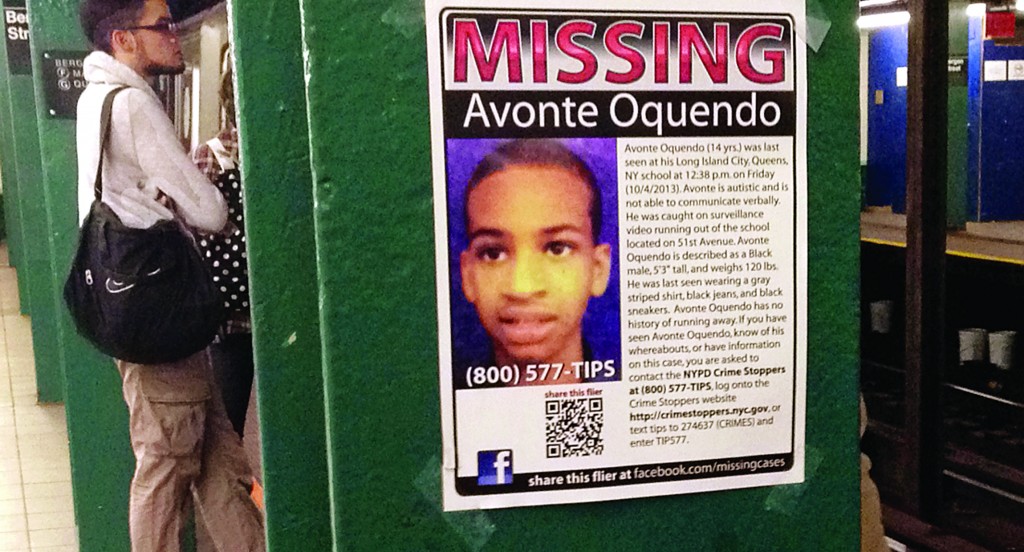 Parents of New York City’s special-education students saw their worst fears realized four weeks ago when 14-year-old Avonte Oquendo walked out of his school and disappeared.

Avonte, who is autistic and does not speak, was in a school building that, like many in the city, had special-needs and general-education students together under one roof. That made him outwardly indistinguishable from everybody else, leading some parents and advocates to question whether the nation’s largest school system is equipped to keep such kids safe.

“These buildings are big, they’re overwhelming,” said Lisa Quinones-Fontanez, a mother of a 7-year-old autistic boy who publishes a blog called “Autism Wonderland.” “The Avonte situation has really hit home because it could be any of our kids.”

Lori Podvesker, co-president of the Citywide Council on Special Education and the mother of a 10-year-old special-needs boy who, like Avonte, is nonverbal, said the city’s Department of Education must show that it is beefing up security in buildings that house vulnerable children.

“What are they doing right now to prevent this from happening again?” Podvesker asked. “We don’t know.”

Under a three-year-old special-education reform initiative, city education officials are trying to keep as many students as possible in neighborhood schools rather than sending them to specialized schools. That’s in line with federal requirements that students with disabilities be educated in the least restrictive environment possible.

About 24,000 New York City students attend so-called District 75 schools that house only special-ed students, but most of those schools are in buildings shared with at least one other school. Avonte disappeared from a District 75 school in Long Island City, Queens, that shares space with a general-ed school.

While Avonte remains missing and the circumstances of his Oct. 4 disappearance are under investigation, what’s known is that a school safety officer at the front door saw Avonte and told him to go back to class. Instead he went down a hall and out a side door. Avonte’s family has initiated legal action against the city over his disappearance.

Police Commissioner Raymond Kelly said last month the school safety officer who was the last person to see Avonte did nothing wrong. Schools Chancellor Dennis Walcott said this week that he has ordered his staff to examine procedures to prevent something like this from happening again.