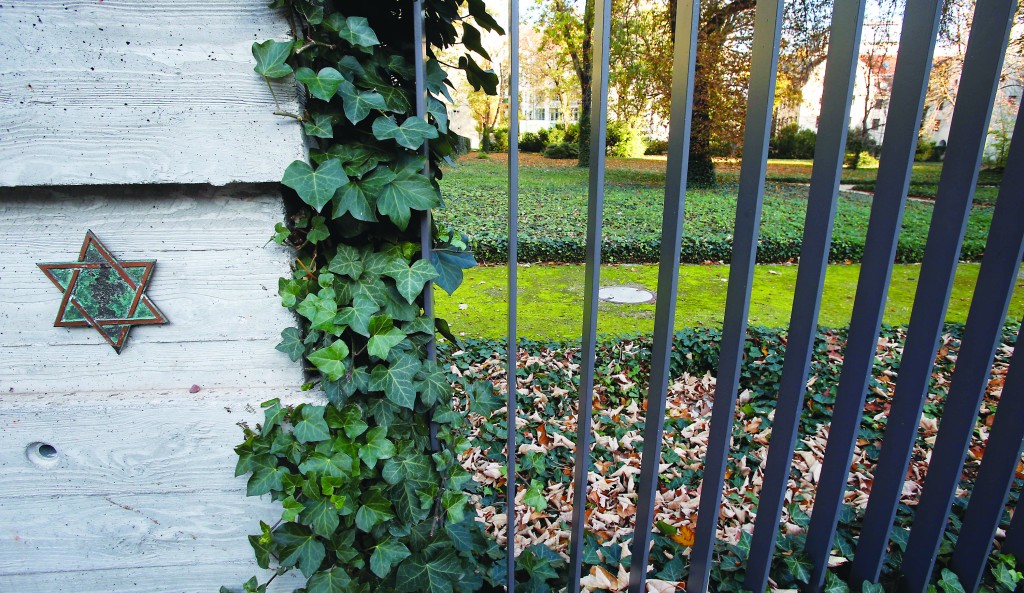 It was one of the great remaining mysteries surrounding the final days of World War II — what happened to Heinrich Mueller, the head of the Gestapo secret police and the highest-ranking Nazi never to have been captured or located.

But a leading German researcher said Thursday he has uncovered historical documents indicating Mueller never made it more than a few hundred yards from Hitler’s bunker in downtown Berlin and was eventually buried in a common grave in a Jewish cemetery destroyed by the Nazis.

Though Mueller’s body hasn’t been found, Johannes Tuchel, the director of Berlin’s German Resistance Memorial Center, said the evidence he uncovered is “clear-cut.”

He said that according to a death certificate he found, Mueller died in the final days of the war in 1945 near the Luftwaffe headquarters.

Tuchel said other evidence shows that about three months after the end of the war Mueller’s body was found by a work crew cleaning up corpses and was buried along with about 3,000 others in a communal grave on the site of a Jewish cemetery the SS had destroyed in 1943.

The documents show “with near certainty” that Mueller was buried in August 1945 in the garden of the Luftwaffe headquarters, then brought to the Jewish cemetery on Grosse Hamburger Strasse, said Tuchel, whose story was first reported by Bild newspaper.

Mueller, who was an SS officer roughly equivalent to a major general was sought for decades after the war by investigators around the world, including Israel’s Mossad, the U.S. Office of Special Investigations, and the Simon Wiesenthal Center.

Tuchel said he had no explanation for why they hadn’t come up with the same information. “That is a part of the puzzle I can’t answer,” he said.

“The Nazis who wanted to escape very often took measures to create false documents faking their death,” he said in a telephone interview from London. “I would be very wary of reports like that without forensic evidence.”

He cited the case of Aribert Heim, a Mauthausen concentration camp doctor who allegedly died in Cairo in 1992.

“Heim was buried, according to his son, in a mass grave for poor people in Cairo, and it’s a perfect story because it’s impossible to verify,” Zuroff said.

It’s not yet known whether any efforts will be made to find Mueller’s bones in Berlin.

According to the Berlin Jewish Community’s website, the cemetery was destroyed by the SS in 1943 when they built trenches through the area. At war’s end, it was used to bury bombing victims and other war casualties who had died throughout the German capital.

Tuchel came across the documents when researching an incident in which Mueller ordered the execution of 18 resistance members at the end of the war. In addition to a December 1945 death certificate for Mueller, Tuchel said he has evidence that the identity papers and medals were later turned over to military authorities to return to his family.

And in 1963 — when authorities were looking into a rumor that Mueller had been buried in West Berlin’s Neukoelln district — a gravedigger told police in testimony Tuchel found that he had buried Mueller in the former Jewish cemetery, and had matched his identity papers to the face of the body.

Tuchel said the man did not give any indication as to Mueller’s cause of death.

According to an article in the Holocaust and Genocide Studies journal in 2001, the gravedigger’s story was known but could never be checked out because the graves were on the other side of the Berlin Wall.

Though there were persistent alleged sightings of Mueller in the decades after the war, including in Czechoslovakia, Cuba and Argentina, experts have always maintained that he most likely died in Berlin at the war’s end.

That was the fate of Hitler’s private secretary Martin Bormann, who was thought to have escaped the capital until his bones were unearthed during construction in 1972 in downtown Berlin. DNA tests in 1998 confirmed they were his.

Zuroff said that, if the information on Mueller does turn out to be true, it would be a “comforting thought” that Mueller — who attended the notorious 1942 Wannsee Conference in which plans were coordinated for the genocide of the European Jews — didn’t escape.

“This is the biggest fish that got away,” Zuroff said.

Still, if his final resting place is a Jewish cemetery, Zuroff said it would be “absolutely horrifying.”

“It’s the last place on earth where he should be buried,” said Zuroff. “If this is ever verified, they’d better move very quickly to make sure it doesn’t become a shrine for neo-Nazis.”