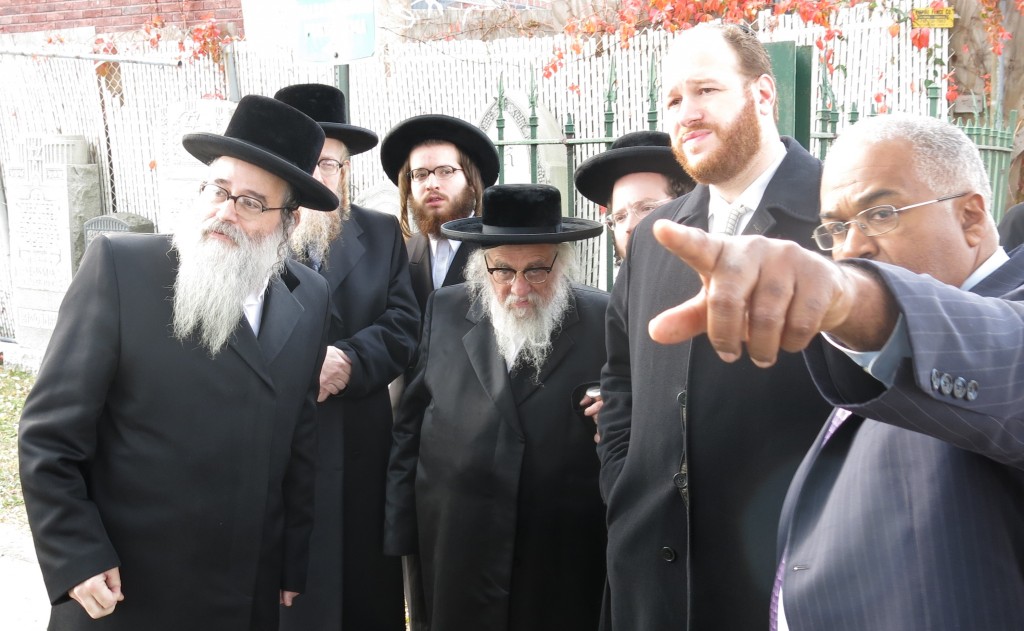 The city’s parks department will prune trees hanging over both a cemetery and Ocean Parkway to accommodate kohanim who cannot walk in certain parts of the street, Councilman David Greenfield announced Thursday.

After recently becoming aware of a kol korei issued by prominent Rabbanim that forbade kohanim from walking on 20th and 21st Avenues, Greenfield invited Brooklyn Parks Commissioner Kevin Jeffrey to tour the area with him and the Rabbanim and come up with an appropriate solution.

Among the Rabbanim who came to inspect the area near Washington Cemetery were Harav Yechezkel Roth, the Karlsburger Rav; Harav David Ozeirey of Congregation Yad Yosef; and Harav Mechel Steinmetz, the Skvere Dayan of Boro Park. Following the walking tour, Jeffrey indicated that the city Parks Department would do their best to make reasonable accommodations to prune the branches within the next month.

The issue is most prevalent along Ocean Parkway just south of Congregation Yad Yosef and Congregation Beth Torah, and along Bay Parkway near McDonald Avenue. On the Boro Park side, the situation is problematic along 20th Avenue and 21st Avenue between 53rd Street and 57th Street.

The trees were pruned last year, but the branches have once again reached beyond the cemetery fence, especially because of the amount of sunlight trees there receive. So Greenfield and Jeffrey promised to work on a plan that includes periodic pruning to prevent the issue from arising again.

Greenfield said that the agreement “is often a balancing act between protecting the religious rights and needs of our community and working with the city to meet their requirements and needs.”