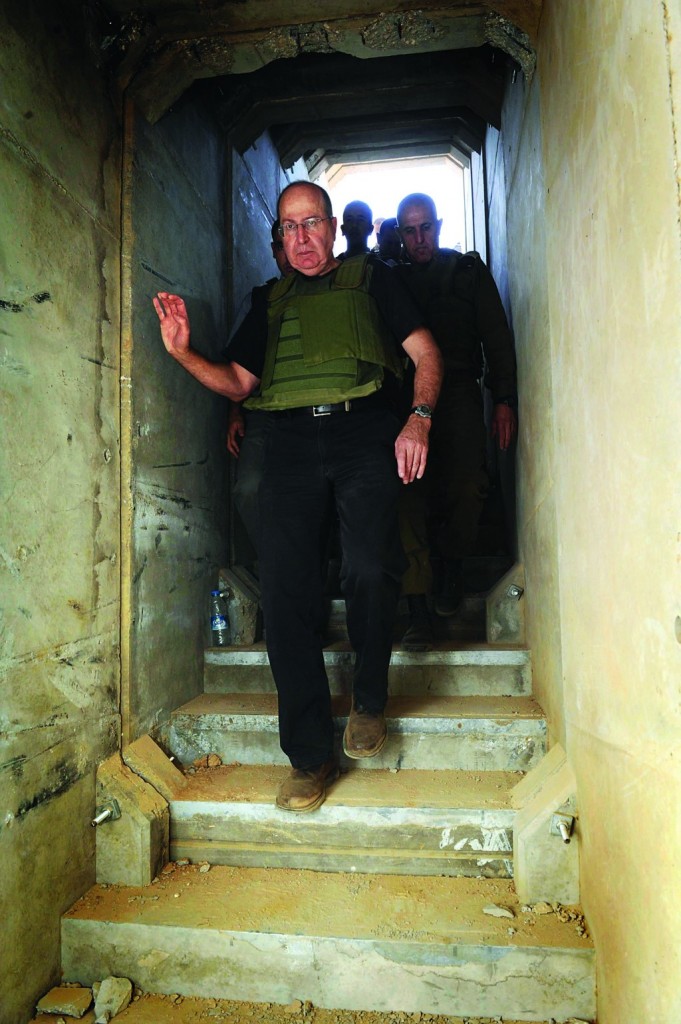 Defense Minister Moshe Yaalon toured the recently-uncovered Hamas-built tunnel stretching from Gaza into Israel and tried to calm the fears of residents of southern Israel that they are more vulnerable to attack after IDF forces were relocated away from their communities, The Jerusalem Post reported.

“The foundation of security [in the south] comes from intelligence reports and preventive measures, not by two soldiers patrolling the front gate,” Yaalon said, while inspecting defenses along the border with Gaza on Tuesday. “We haven’t removed the security wall, there is a meaningful security network in place to protect the populated areas surrounding the Gaza Strip,” he added.

The Defense Minister noted that there continues to be a large army presence in several bases in the south. In addition, local populations have the option to form their own emergency squads to replace the patrols.

“There is no doubt that the responsibility for the tunnel lies with Hamas, both because they are the ruling power in the Gaza Strip and because they were the very ones who built the tunnel,” Yaalon said.