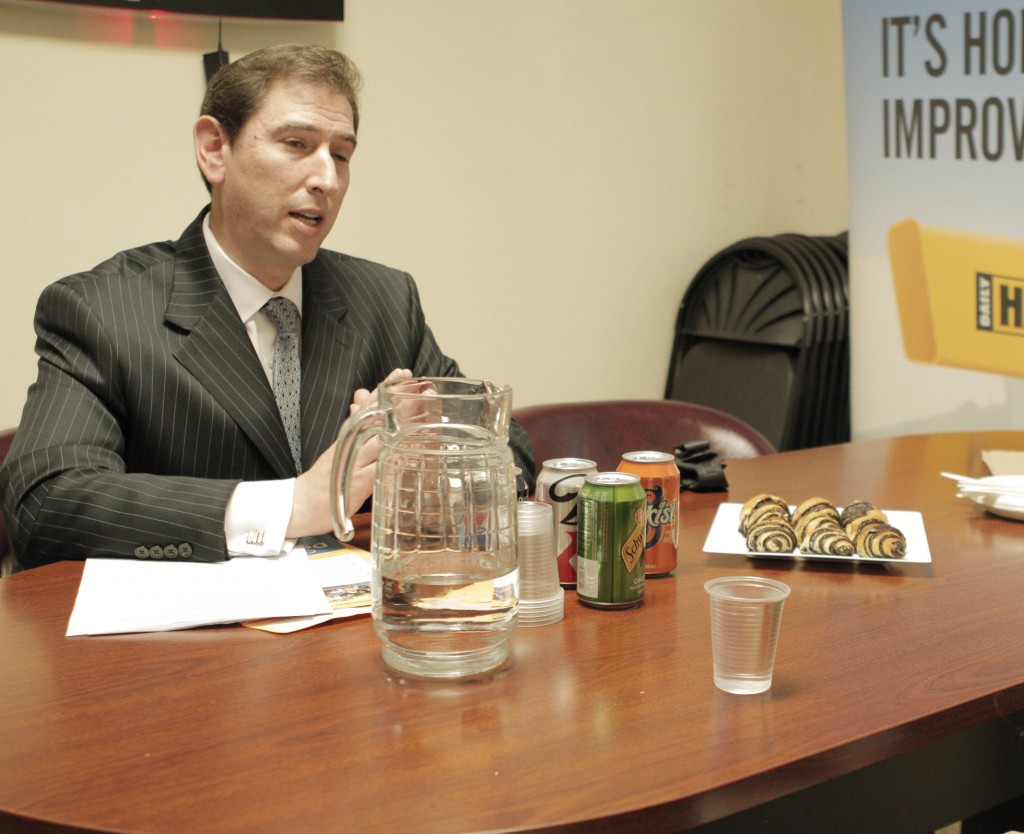 Deutsch, who serves as the Jewish liaison for retiring Councilman Mike Nelson, will face Republican David Storobin, a former state senator, in the general election in November.

He beat out his closest challenger, Ari Kagan, winning 34 percent of the vote in the heavily Orthodox area, to Kagan’s 31 percent, a different of close to 300 votes. Theresa Scavo won 18 percent and Igor Oberman won 15 percent.

“Sometimes the nice guy wins, and this is an example of where it actually can happen,” Nelson said at the victory party on Tuesday night. “He’s been doing my job, so to speak, for a long time. He’s the go-to guy when people have problems.”

Kagan, a journalist in the Russian language media, did well in the Russian areas, but Deutsch pulled together a coalition of Orthodox Jews, Southeast Asians and Muslims. He pledged in his victory speech to represent all the people in the council, pointing to his broad base in a veiled warning to Storobin.

“It is beautiful to see how many diverse neighborhoods came together to support me and my candidacy and this community and bring us to victory tonight,” he said.