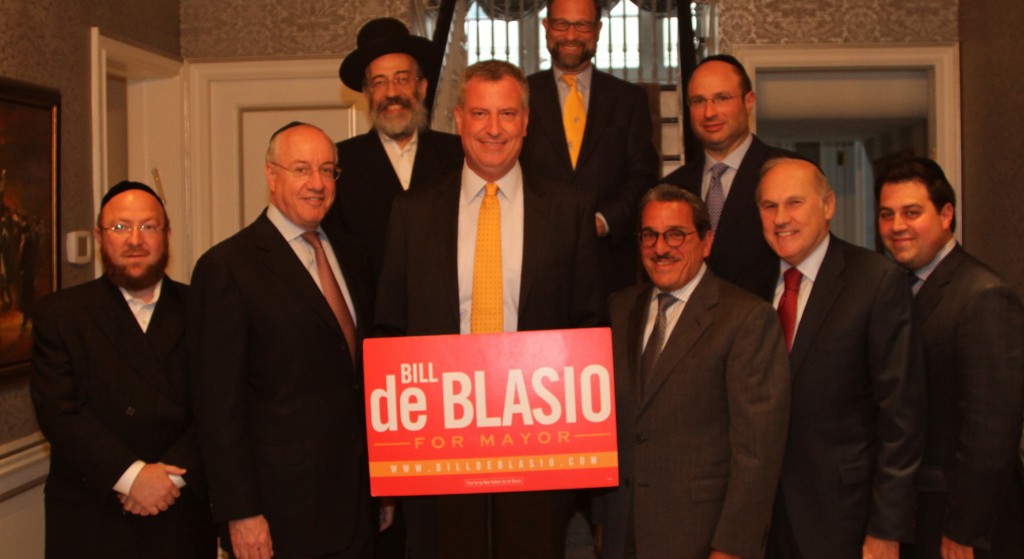 “Bill de Blasio has time and again been there for the frum community throughout his years in city government,” said Mr. Werdiger. “Whether it was fighting for resources for yeshivah families, helping countless charitable organizations tackle city bureaucracy, or always standing up in defense of the State of Israel, Mr. de Blasio has been a true and trusted friend to our community, and I proudly support him in this race.”

“Shlomo Werdiger, as well as the other community leaders here in this room, have done so much to advocate for the Jewish community and I am honored to have their support. The Orthodox Jewish community is a crucial part of this City, and has contributed so much to New York. I am proud to have represented this community for the past 12 years, and am eager to do so in City Hall.”