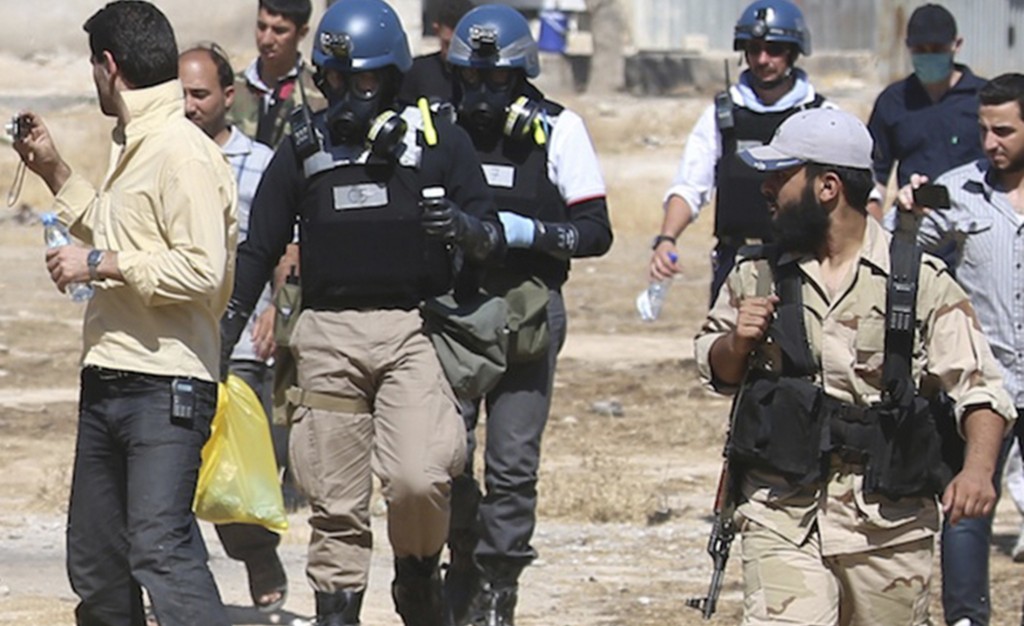 The U.S. says it will take action against the Syrian government for alleged use of chemical weapons even without the backing of allies or the United Nations.

Britain added a hurdle to deliberations about a military strike on Wednesday when it went to the U.N. Security Council with a draft resolution that would authorize the use of military force against Syria. As expected, the five permanent members of the security council failed to reach an agreement as Russia reiterated its objections to international intervention in Syria.

State Department deputy spokeswoman Marie Harf says the U.S. cannot be held up in responding by Russia’s intransigence at the United Nations.

Russia says the use of force without a sanction of the U.N. Security Council is a “crude violation” of international law.

U.S. officials are still grappling with how to design a military strike to deter future chemical weapons attacks in Syria and assessing how Assad might respond.

U.S. intelligence agencies are preparing a report laying out evidence against Assad’s government in last week’s attack. The classified report would be sent to key members of Congress and a declassified version released publicly.

“If there is action taken, it must be clearly defined what the objective is and why” and based on “clear facts,” said one of the senior administration officials, speaking on condition of anonymity because he wasn’t authorized to discuss internal deliberations publicly.

In broad terms, the U.S. and international goals in striking Syria would be to damage the Syrian government’s military and weapons to make it difficult to wage chemical attacks, and make Assad think twice about using such weapons in the future. Such a strike likely would be led by low-flying cruise missiles fired from any of four U.S. Navy destroyers off Syria’s coast.

The manner and timing of Syria’s response are among the so-called “next day” questions that the administration is still thinking through. No additional U.S. defensive weapons have been deployed in the region in anticipation of reprisals, the official said. The U.S. already has Patriot anti-missile batteries in Jordan and Turkey.

The other senior U.S. official said the administration has determined it can contain any potential Syrian military response should Obama order a U.S. attack.

Both officials were granted anonymity in order to discuss internal deliberations on complex questions that surround crafting a response to the Aug. 21 attack in which hundreds of Syrian civilians were killed.

The U.S. and its international partners were unlikely to undertake military action before Thursday, when British Prime Minister Cameron will convene an emergency meeting of Parliament. Lawmakers are expected to vote on a motion clearing the way for British response.

The prime minister’s office said Wednesday that it will put forward a resolution to the U.N. Security Council condemning the Syrian government for the alleged attack.

Obama and Cameron spoke Tuesday, and a Cameron spokesman said the two leaders agreed that a chemical attack had taken place, and that the Assad regime was responsible.