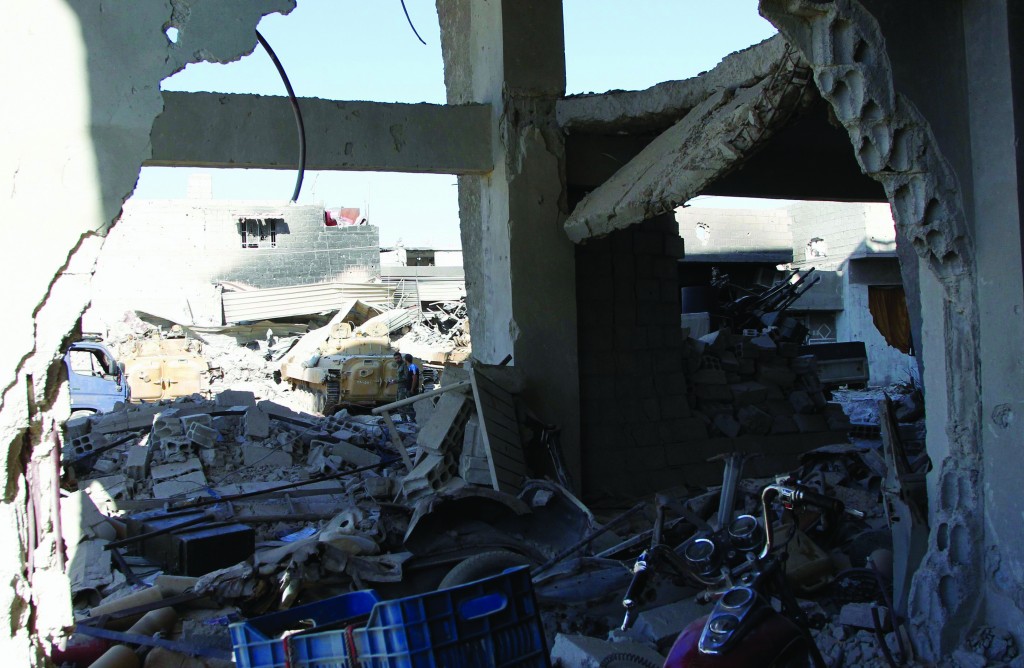 U.S. officials on Sunday called Syria’s decision to allow a United Nations team to investigate the site of a purported chemical attack “too late to be credible,” signaling that the Obama administration was leaning toward a military intervention in the two-year-old civil war.

But any strike against Syrian President Bashar Assad’s regime would occur over the misgivings of a majority of Americans,
according to a new poll, and with only limited support from Congress. The fallout from such action includes likely retaliation from Iran, Russia and the Lebanese terrorist group, Hizbullah — Assad’s three chief foreign patrons — and could draw the U.S. deeply into a new Middle East conflict.

However, many foreign policy analysts argue that after more than two years and a death toll exceeding 100,000, President Barack Obama has a moral imperative to step in now because of the escalation from the regime’s apparent use of chemical weapons in defiance of his warning that such warfare was a “red line.”

Statements from the administration over the weekend suggest that Obama’s extreme reluctance to wade into the crisis was easing.

Obama appeared to be shoring up international support for action, speaking with his second ally in two days, French President Francois Hollande. The White House said the two discussed “possible responses by the international community.”

At a news conference Sunday in Malaysia, Defense Secretary Chuck Hagel reiterated that he’d prepared “options for all contingencies” at Obama’s request.

U.S. officials repeatedly have said that Syria should allow U.N. inspectors into Ghouta, the eastern suburb of Damascus where hundreds were killed last week in a suspected chemical attack, if it didn’t have anything to hide.

A senior administration official, speaking on the condition of anonymity, dismissed Syria’s “belated decision,” saying that the regime obfuscated for so long that now “the evidence available has been significantly corrupted as a result of the regime’s persistent shelling and other intentional actions over the last five days.”

“There is very little doubt at this point that a chemical weapon was used by the Syrian regime in this incident,” the official said, citing the high number of casualties, victims’ symptoms, eyewitness accounts and the intelligence assessments of the U.S. and its allies.

The number of dead at Ghouta is still undetermined. The Britain-based Syrian Observatory for Human Rights, generally considered the most authoritative chronicler of casualties in the war-torn country, said it had confirmed that at least 322 people had died in the attacks, including at least 90 rebel fighters, 86 women and 54 children. Director Rami Abdul-Rahman said he was still reviewing hundreds of names and expected the final tally to be much higher.

The images of dead and dying Syrians from the Ghouta attack sparked global outrage, but don’t appear to have changed the American public’s opposition to a U.S. military intervention, according to the findings released Sunday from a Reuters/Ipsos poll that was conducted Aug. 19-23.

About 60 percent of Americans said that Obama shouldn’t intervene in Syria’s civil war, while just 9 percent favored action, according to the survey. More Americans would support U.S. intervention if the use of chemical weapons were to be confirmed — with 25 percent in favor, 46 percent opposed.