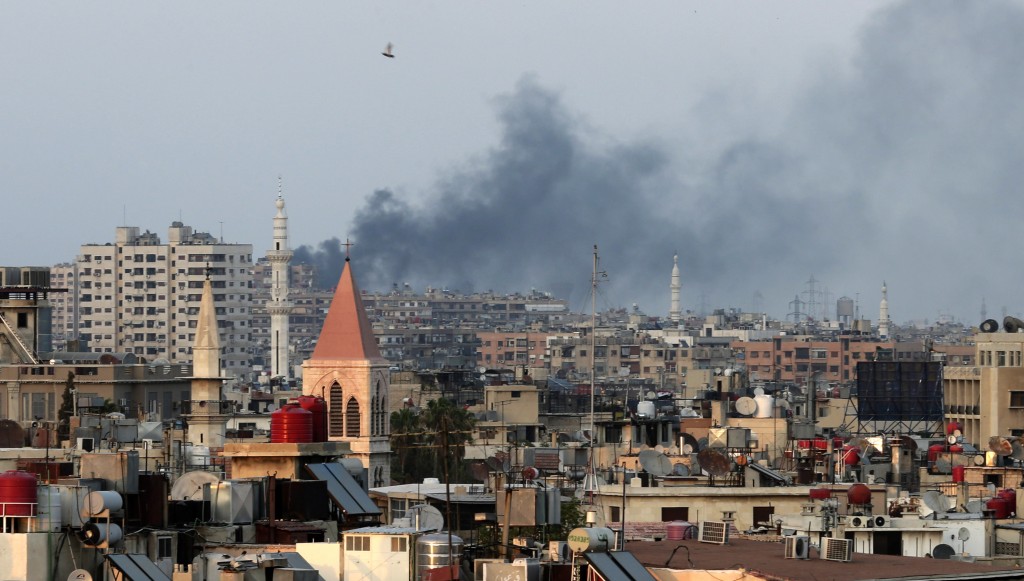 Syria’s deputy prime minister told The Associated Press that foreign fighters and their international backers are to blame for a purported chemical weapons attack near Damascus that the opposition says killed at least 100 people, the deadliest such attack in Syria’s civil war.

The main state media news channel aired a documentary-style segment showing the pictures of the children’s bodies lined up in their shrouds. “This is the brutality of the terrorists and those who have destructive plans for Syria,” a voiceover intoned. “They trade in the lives of children, they use chemical weapons.” The segment included an explanation of sarin gas, with diagrams of its effects on the body, though it didn’t directly claim that sarin was used in Wednesday’s attack.

Government forces, meanwhile, pummeled the targeted rebel strongholds where the alleged attack occurred with airstrikes and artillery for a second day, violence that was likely to complicate any swift investigation into the mysterious circumstances surrounding the deaths.