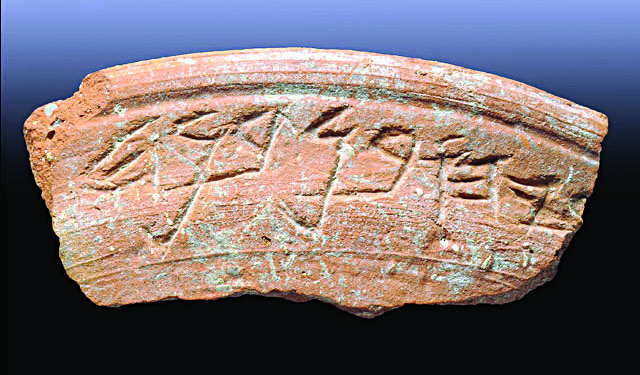 Archaeological excavations conducted by the Israel Antiquities Authority in the area of the Gihon Spring in the City of David, in the walls around Yerushalayim National Park, have unearthed a layer of rich finds, including thousands of broken pottery shards, clay lamps and figurines.

Most intriguing is the recent discovery of a ceramic bowl with a partially preserved inscription in ancient Hebrew. While not complete, the inscription contains the name of a figure from the period of Bayis Rishon, which resembles other names known from the same time in history.

Israel Antiquities Authority archaeologists Dr. Joe Uziel and Nahshon Zanton explained that the letters inscribed on the shard likely date to between the reign of Hezekiah and the destruction of Bayis Rishon under King Tzedekiah.