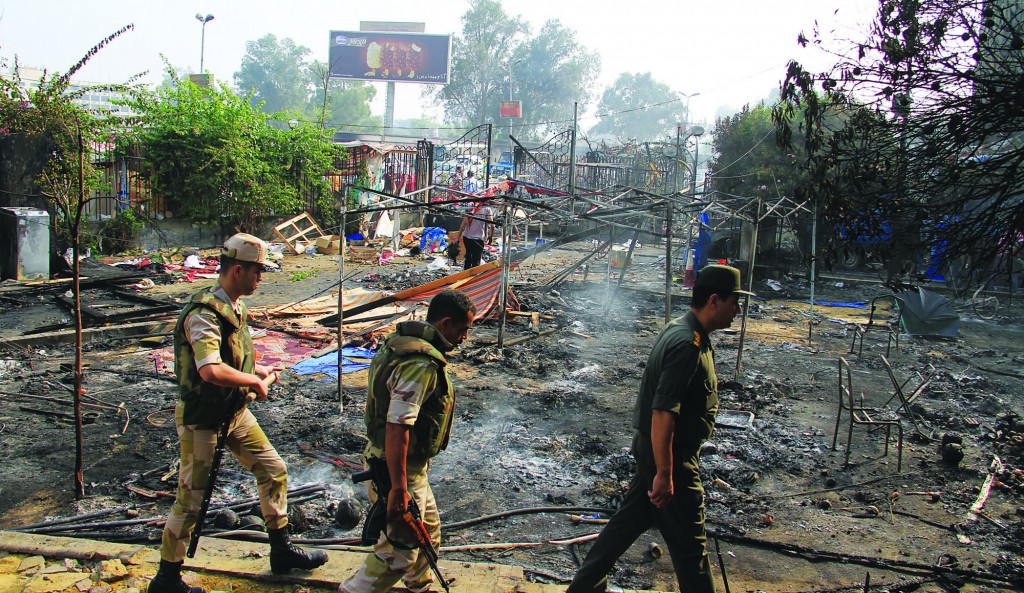 Having failed to dissuade Egypt’s military-dominated rulers from launching a bloody crackdown on supporters of an ousted Islamist president, Western governments are venting condemnation and groping for ways to influence the outcome.

The United States and the European Union tried jointly to facilitate a peaceful, political solution to the stand-off between the army and toppled President Mohammed Morsi’s Muslim Brotherhood, appealing right to the end to avoid violence.

“What could we have done otherwise?” asked Menzies Campbell, a senior lawmaker in Britain’s Liberal Democrats, junior partner in the government coalition. “It just emphasizes not so much a failure of Western diplomacy, but a powerlessness.

“These divisions are absolutely fundamental, about the kind of society that each side of the argument wishes to have,” Campbell told Reuters in a telephone interview.

The inability to sway military strongman General Abdel Fattah al-Sisi and the security establishment leaves the West in quandary as to how to square its democratic principles with a vital interest in stability in the Arab world’s most populous nation, straddling the Suez Canal trade corridor.

“The West needs to find a calibrated way of suspending aid and economic benefits that shows the non-military political class, including the businesscommunity, that they will pay a price in things that matter to them,” said Daniel Levy, Middle East director of the European Council on Foreign Relations, a policy think-tank.

The United States, which has maintained a strategic alliance with Cairo since President Jimmy Carter engineered the first Arab-Israeli peace treaty between Egypt and the Jewish state in 1979, deplored the violence and urged restraint and a political solution.

“The correct reaction now is for America to be breathing down the neck of the army, saying they’ll stop the money tomorrow,” said Britain’s Campbell, a veteran member of the House of Commons foreign affairs committee.

“That won’t make the slightest difference to the capability of the army … I wouldn’t do it publicly, but I certainly would be saying in private ‘do you realize that all this support could be in jeopardy?’”

The Obama administration has few other levers it can pull, having upset conservative Gulf states by embracing Arab Spring pro-democracy uprisings, and given the Democratic president’s known aversion to U.S. intervention in the Middle East.

Washington and European allies could stop the International Monetary Fund from lending to Egypt, but talks on a $4.8 billion package broke down under Morsi and the new interim government has said securing IMF funds is not its priority.

Washington appears to have ended up with the worst of both worlds, blamed by many Egyptians for having supported Morsi while being accused by the Muslim Brotherhood of being an accomplice to a military coup against the freely-elected leader.