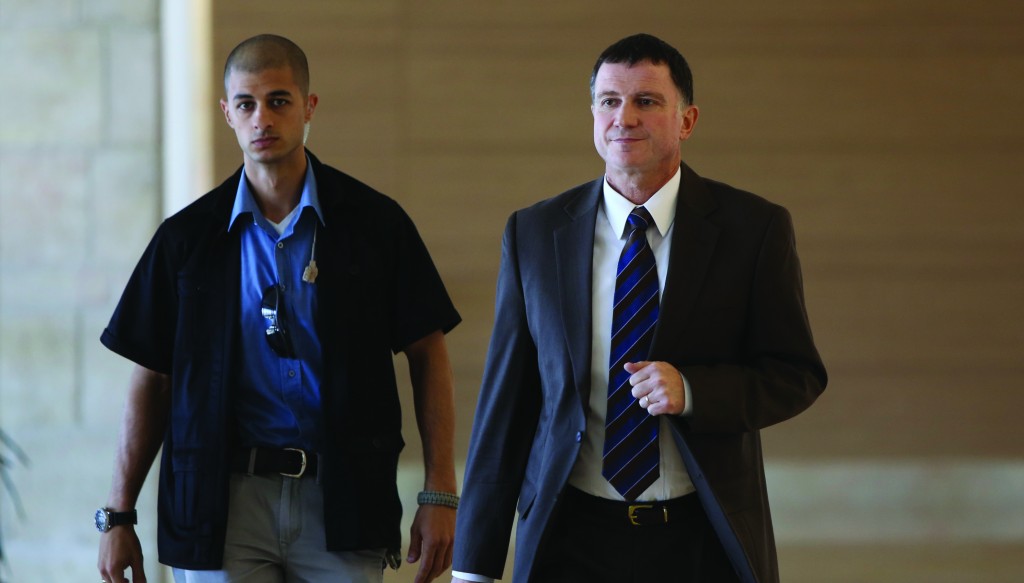 Members of Knesset have bristled at the attempts of Attorney General Yehuda Weinstein to interfere with the formulation of the chareidi draft bill and the parliamentary process in general.

In a move that was viewed as a usurpation of the authority of the Knesset and the prerogatives of the Defense Minister, Weinstein rewrote Clause 13 of the pending bill, overriding the option for yeshivah students to defer military or civilian service until age 21, and requiring instead universal enlistment at age 18 by the year 2020.

The attorney general’s office explained that the change was necessary because it might not otherwise withstand appeals to the High Court on the basis of discrimination against non-chareidim who would not be offered the deferment option. Therefore, he said, the deferment must be presented as a temporary phase until 2020, at which time all Israeli citizens will have to report for service when they reach the age of 18.

However, committee chairwoman MK Ayelet Shaked (Jewish Home) demanded that Weinstein appear before the committee to explain his action, which effectively “nullifies all that we have done here.”

The original version under consideration by the committee empowered the Defense Minister to regulate implementation of the law, including postponement of enlistment if he should see fit to do so.

In another intervention by the attorney general, Weinstein demanded that Prime Minister Binyamin Netanyahu accelerate the approving of the bill even while the Knesset is in a summer recess, and not let the Shaked Committee look at the various clauses. The bill as it was approved in the government should be brought to the plenum for a yes-or-no vote, in order to satisfy the High Court with passage of legislation by August 20.

Knesset Speaker Yuli Edelstein (Likud-Beiteinu) responded with a sharp letter of protest, writing that he “was astonished at the language and spirit” of Weinstein’s interference in the parliamentary process.

“This letter was especially outrageous,” said Shaked. “From this letter you might think that there is in Israel a government and a court, but that the Knesset doesn’t exist, or that it is not relevant …. This letter is extremely serious and damages the separation of powers of a democratic state.”

MK Rabbi Moshe Gafni (UTJ) had harsh words in a letter of his own to Weinstein: “If your letter had been sent to law students around the country … and they had been asked to identify what form of government it belonged to, it seems to me that most of them would have wondered if it does not describe a new dictatorship….”

In a separate development, a stunning new stringency in the proposed draft law came to light at the committee meeting, and was subjected to angry criticism by chareidi MKs.

A senior official from the Education Ministry informed the committee that shortly after the new government was formed, new regulations were introduced by the Finance and Education Ministry regarding the attendance of students in a yeshivah. According to the new regulations, absence from yeshivah or kollel would not be authorized even for the purposes of mourning (sitting shivah after the loss of a parent or sibling), being in the army for a routine reserve call up or if the student’s wife gave birth.

According to existing regulations, a yeshivah or kollel that is found to have 15 percent absence in two consecutive inspections would lose a proportionate amount of government funding. The new regulations say that even under extremely valid and proven circumstances, it would be considered an “unpermitted absence” that would make the institution lose the funding.

Rabbi Gafni declared that no other government-funded institution was subject to such draconian inspection rules. “It’s simply horrifying,” he said. “If they would conduct similar inspections in, say, art institutions, they would find a much higher absentee rate, but only in the chareidi institutions do they constantly step up the severity of the inspections.”