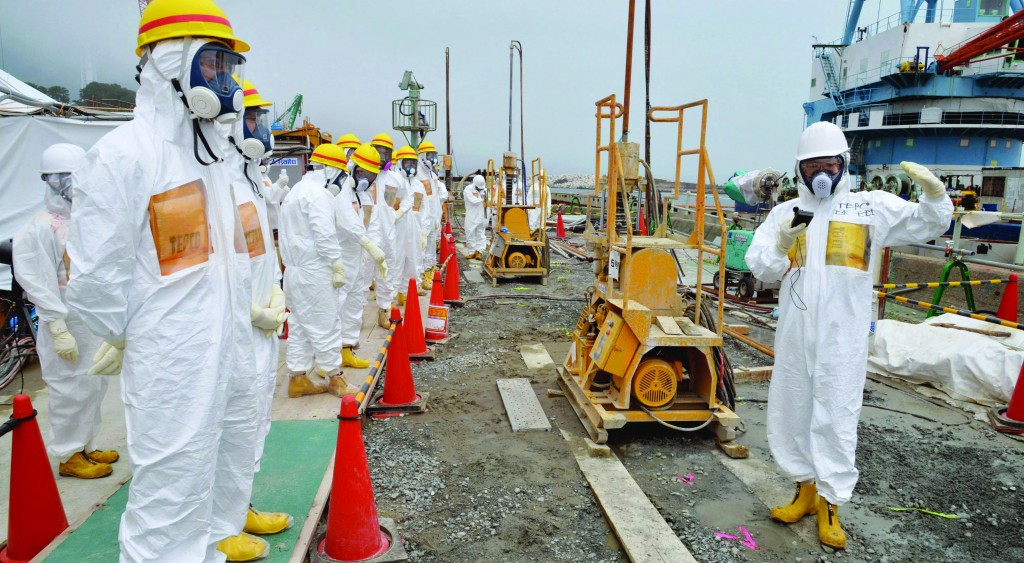 Highly radioactive water from Japan’s crippled Fukushima nuclear plant is pouring out at a rate of 300 tons a day, officials said on Wednesday, as Prime Minister Shinzo Abe ordered the government to step in and help in the clean-up.

The revelation amounted to an acknowledgement that plant operator Tokyo Electric Power Co (Tepco) has yet to come to grips with the scale of the catastrophe, 2 1/2 years after the plant was hit by a huge earthquake and tsunami. Tepco only recently admitted water had leaked at all.

Calling water containment at the Fukushima Daiichi station an “urgent issue,” Abe ordered the government for the first time to get involved to help struggling Tepco handle the crisis.

The leak from the plant 130 miles northeast of Tokyo is enough to fill an Olympic swimming pool in a week. The water is spilling into the Pacific Ocean, but it was not immediately clear how much of a threat it poses.

As early as January this year, Tepco found fish contaminated with high levels of radiation inside a port at the plant. Local fishermen and independent researchers had already suspected a leak of radioactive water, but Tepco denied the claims.

Abe ordered his government into action. The contaminated water was “an urgent issue to deal with,” he told reporters after a meeting of a government task force on the disaster.

“Rather than relying on Tokyo Electric, the government will take measures,” he said after instructing METI Minister Toshimitsu Motegi to ensure Tepco takes appropriate action.