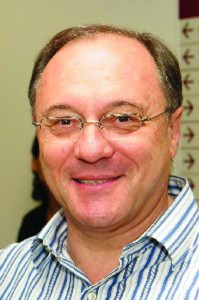 Prime Minister Benjamin Netanyahu and Finance Minister Yair Lapid, announced on Wednesday the nomination of Professor Leonardo Leiderman as Governor of the Bank of Israel.

Prof. Leiderman was born in Argentina and immigrated to Israel when he was 17. He has two daughters and three grandchildren. He holds a BA from Hebrew University and his MA and PhD from the University of Chicago. He wrote his dissertation on macro-economics under the supervision of Nobel laureate Robert Lucas.

Prof. Leiderman has been on the faculty at Tel Aviv University since 1979 and has been a university professor for the last 20 years. He worked at the Bank of Israel, from 1991-1995 as a senior adviser to the Governor and the monetary department, and from 1996-2000 as head of the research department. He also served as director of emerging markets research at Deutsche Bank and has visited the IMF and the World Bank several times as a research fellow. He has been Chief Economic Adviser of Bank Hapoalim since April 2003.

Prof. Leiderman lectures at international conferences, has authored and/or edited seven books and has published approximately 70 professional papers. Most of his research has focused on central banking, inflation, capital flows and exchange rates.

Prof. Leiderman’s appointment is subject to the approval of the committee on senior civil service appointments chaired by retired Supreme Court Judge Jacob Turkel and of the Cabinet.

This article appeared in print on page 6 of the August 1st, 2013 edition of Hamodia.