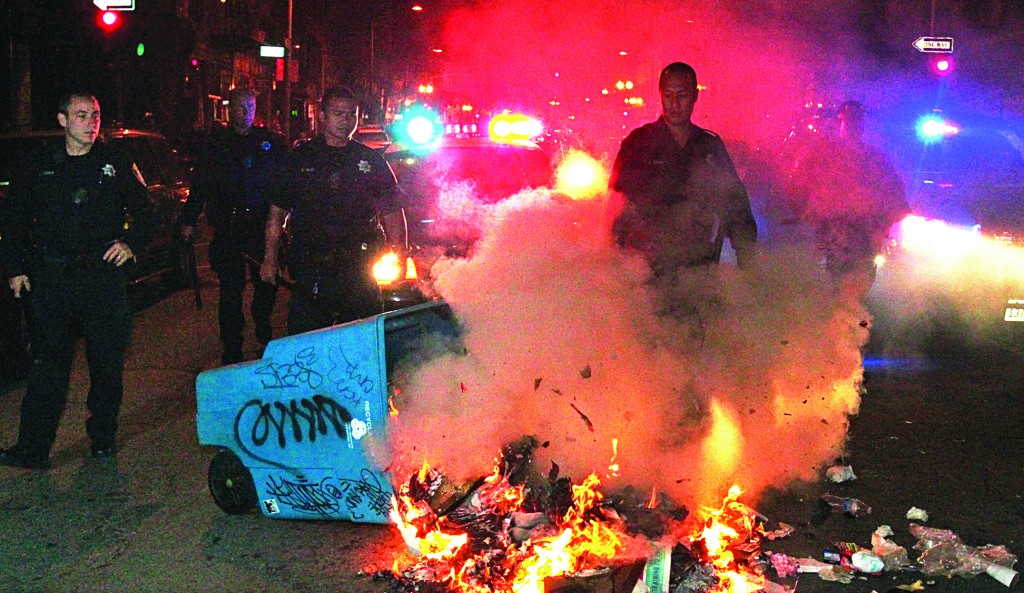 President Barack Obama called for calm on Sunday after the acquittal of George Zimmerman in the shooting death of black teenager Trayvon Martin, as civil rights demonstrators planned rallies in a handful of cities to condemn racial profiling.

Zimmerman, cleared late Saturday by a Florida jury of six women in the shooting death of the unarmed Martin, still faces public outrage, a possible civil suit and demands for a federal investigation.

In Washington, the U.S. Justice Department said it is evaluating whether it has enough evidence to support prosecution of Zimmerman in federal court after his acquittal in a Florida state court. Civil rights activists have been pressuring the Obama administration to bring civil rights charges in federal court.

Critics contend Zimmerman wrongly suspected 17-year-old Martin of being a criminal because he was black, making it a civil rights issue.

Protests were planned later Sunday in Boston, Detroit, Baltimore, San Francisco and other cities. One protest in California hours after the verdict late Saturday ended with vandalism while police dispersed another crowd by firing beanbag rounds.

Obama, who once said, “If I had a son, he’d look like Trayvon,” called for a peaceful response to a case that polarized the U.S. public from the beginning, raising thorny issues of racial profiling and gun control.

“We are a nation of laws and a jury has spoken,” he said in a statement. “I now ask every American to respect the call for calm reflection from two parents who lost their young son.”

“We should ask ourselves if we’re doing all we can to stem the tide of gun violence that claims too many lives across this country on a daily basis. We should ask ourselves, as individuals and as a society, how we can prevent future tragedies like this,” the first black U.S. president added.

The six jurors who deliberated for 16 hours over two days found Zimmerman not guilty of second-degree murder and manslaughter. If found guilty of the most serious charge, Zimmerman could have faced life in prison.

Zimmerman’s lawyers argued he acted in self-defense the night of February 26, 2012, when he and Martin met inside a gated community in the central Florida town of Sanford. They accuse civil rights advocates of wrongly injecting the issue of race.

“It was such a shame. The whole case nearly destroyed George from Day One … that they put a racism spin on this prosecution just hurt him very deeply,” said John Donnelly, a close friend of Zimmerman who testified in the trial.

A Justice Department spokesperson said in a statement on Sunday: “Experienced federal prosecutors will determine whether the evidence reveals a prosecutable violation of any of the limited federal criminal civil rights statutes within our jurisdiction and whether federal prosecution is appropriate in accordance with the department’s policy governing successive federal prosecution following a state trial.”

Jealous said Martin’s family may bring a civil suit against Zimmerman but said federal criminal charges should be filed because evidence suggests race was a factor in the case.

‘The Bad Guys and The Good Guys’

He told CNN the black community is upset with a situation in which “our young people have to fear the bad guys and the good guys. The robbers and the cops and the self-appointed community-swatch volunteer who think that they’re keeping folks safer.”

Sharpton, who called the verdict “a slap in the face to the American people,” cited the example of Rodney King, the man whose videotaped beating by Los Angeles police triggered rioting two decades ago after a state criminal trial found the police officers not guilty. Later, the Justice Department brought a federal case that resulted in the conviction of two officers.

The Justice Department has not commented on the case.

Zimmerman, 29, who is white and Hispanic, spotted Martin from his car and called police, believing Martin to be suspicious. The teenager, who was staying in the neighborhood, was walking back from a convenience store where he bought candy and a soft drink.

Minutes later, after Zimmerman got out of his car, the two engaged in a fight that left Zimmerman with a bloody nose and head injuries. The encounter ended when Zimmerman shot Martin once through the heart with a 9mm pistol.

Prosecutors had to prove that Zimmerman committed a crime in pursuing and killing Martin and that he did not act in self-defense. The tense drama that had been building for 16 months climaxed with Saturday’s verdict. Zimmerman showed no emotion at first, but later broke into a smile after sitting down.

The jurors, who were sequestered during the three weeks of testimony and remained anonymous by court order, have declined to speak with reporters.

The court unshackled Zimmerman from a monitoring device he had been wearing while on bail. He previously only left home in a disguise and body armor, his lawyer said.

The acquittal will weaken any wrongful death civil lawsuit that Martin’s family might bring, and Zimmerman’s lead defense lawyer, Mark O’Mara, predicted Zimmerman would seek and win immunity from a civil suit.