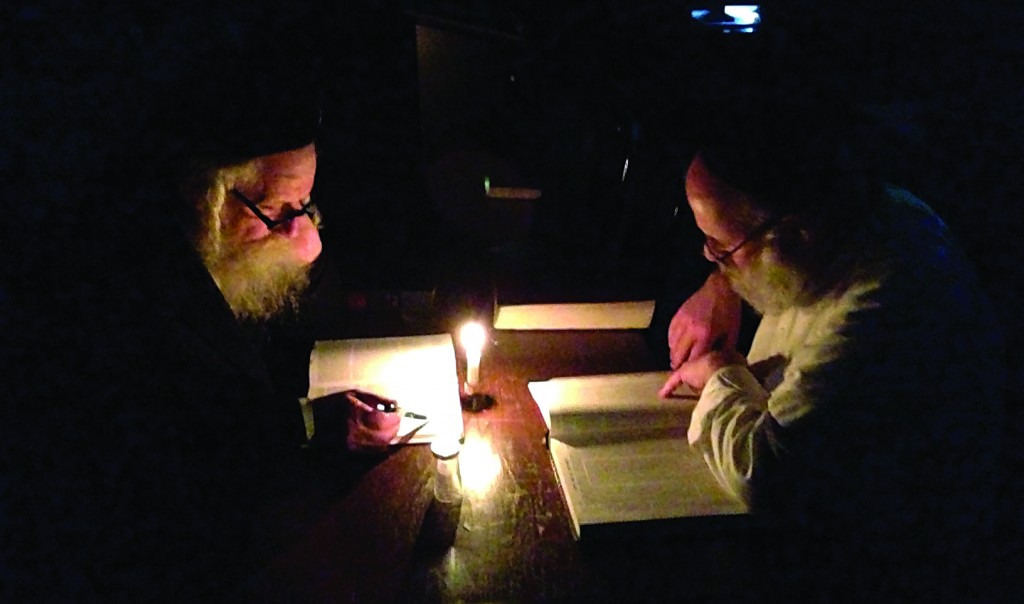 A severe thunderstorm caused flash flooding in Toronto, cutting power to at least 300,000 in Canada’s largest city, shutting down subways, forcing some people to cling to trees and leaving about 1,400 passengers stranded for hours on a commuter train filled with gushing water.

Canada’s national weather service said some parts of the city had been drenched with more than 3.9 inches (10 centimeters) of rain in the Monday evening storm, easily beating the previous one-day rainfall record of 1.4 inches (3.6 centimeters) in 2008.

Toronto police and firefighters used small inflatable boats to rescue commuters from a 10-car, double-decker commuter train that stalled in floodwaters that reached the lower windows. Murky brown water spilled through the bottom floor of the carriages, sending passengers fleeing to the upper decks

Local electric company Hydro One said about 300,000 people in the west end of the Greater Toronto Area were without power due to “significant flooding” at two transmission stations. The utility restored a significant amount of the power on Tuesday.

Toronto’s flash flooding comes two weeks after extensive flooding in Calgary turned parts of the western Canadian city into a lake and forced up to 100,000 Albertans from their homes. Three bodies were recovered during the floods.

David Leff told Hamodia he was trying to fly into Toronto from Victoria, British Columbia, on Monday afternoon. Due to the storm, the airport was closed and the plane was diverted to Ottawa, Ontario, 280 miles away. So many planes had already been diverted that his plane was forced to wait on an abandoned runway far from the terminal, making it impossible for people to get off, even the 20 or so passengers whose final destination had been Ottawa. They sat on the runway for six hours as the crew tried to ration water and food and the plane became hot and stuffy. One passenger with a heart condition was asking if anyone on the flight had the medication he needed.

Eventually the plane was refueled and flew to Toronto.  There they were again stuck on the plane for another two hours waiting for an available gate and flag men to usher them in. David Leff finally arrived at 2:30 a.m. Tuesday morning, 19 hours after he’d left for his five-hour flight.

Mrs. Toby Bernstein, director of Chabad’s Gan Shalom school in Richmond Hill, told Hamodia, “When the power failed, many people couldn’t get into their homes, because the electric doors and elevators stopped working. One of my teachers told me she had finished all her shopping at Costco and was about to pay when the power went out. The lights went out, the cash registers died, and everyone just had to leave.”

Mrs. Rivky Braun, a Toronto resident, told Hamodia, “They predicted heavy rains but nobody expected anything like this. There hasn’t been a rain this heavy in Toronto since 1950. I was outside driving at 4:30 p.m. on Monday, and suddenly it became dark outside. Within a few minutes, the rain became such a blinding downpour that I turned off on a side street, avoiding main streets, which were completely flooded. In front of Rabbi Bolag’s Kollel on Lawrence Avenue, there were cars underwater.

“Basements got flooded, power went out, all traffic lights went out, subways became flooded. Some people who were stuck in subways had water up to their waists.

“GO Trains start filling up too. When the bottom level started filling up, everyone ran up to the second. The second level was at risk of collapsing due to the weight of all the water, so they had to be evacuated very carefully, but very quickly. There were people coming out of windows. There was no time.

Rabbi Nechemia Deitsch, Chabad shaliach in midtown Toronto, said, “Every Tuesday morning I put on tefillin with the fathers who come to drop off their children at our school, Chabad of Midtown.

“This morning, all the fathers could talk about was the condition of their homes. Almost every one had a flooded basement, some with 24 inches of water. The sewers couldn’t handle the quantity of water so the water and sewage came flushing up into the houses. Two men said their insurance companies had told them they hoped to get to their houses within a week because thousands of calls had come in. Homeowners were busy pumping out rainwater and sewage. Due to the power outage, the pump systems in place for just such an emergency did not work, so the damage is even worse than it would have been with just a flood.” (With reporting by AP)