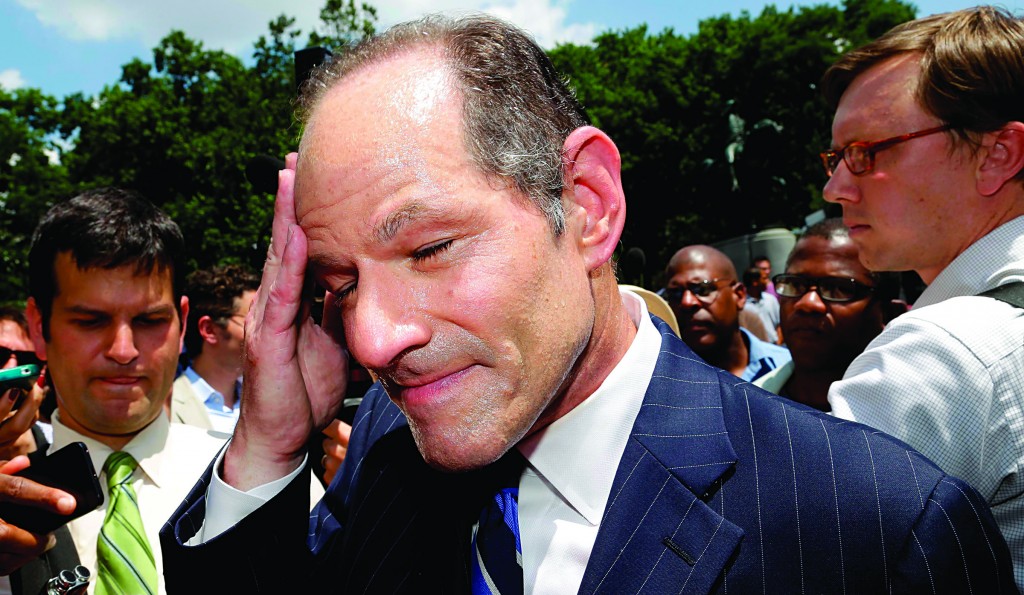 Former New York Gov. Eliot Spitzer jumped back into the high-profile world of politics Monday after his decision to run for the New York City comptroller’s office, years after suffering one of politics’ steepest falls from power.

His first public campaign appearance turned into a chaotic throng of scores of journalists outside a Manhattan subway station, with a heckler and some Spitzer supporters trading shouts as the candidate talked up his record in office.

“What I’m looking for is a chance to be heard. I want the voters to listen to what I’ve done, look at the record that I developed as attorney general, as an assistant district attorney, as governor, and say, ‘This guy understood the public interest,’” Spitzer said.

He said he would focus on public policy discussions, the city budget and corporate governance, much as he did as attorney general for two terms before he was elected governor in 2006. He wrote a book on improving the governance of corporations, which is due out in a week.

He said he would use the city pension’s shareholder stakes to force changes in how corporations operate. He said he will also use the comptroller’s voice “not just for auditing the city budget, but to make sure the politics are working, not just that the paper clips are counted.”

His timeframe alone presents a challenge. Candidates for citywide offices like comptroller have to have 3,750 signatures from registered voters in their party by Thursday. He said he’d discussed his potential run with his wife and daughters before deciding over the weekend.

“We have four days, and we’re going to be out here every day. I’ll be at subway stations, I’ll be walking on streets. This is going to be a fun operation,” Spitzer said, adding that he will eventually have “30 to 50 people in no short order” working for his campaign.

Manhattan Borough President Scott Stringer has been the most prominent among the contenders to become New York City’s next fiscal chief. He’s raised more than $3.5 million and spent about $566,000, city campaign finance records show, while his opponents have yet to report any fundraising or spending. Spitzer, the son of a wealthy Manhattan realtor, promised to self-fund his campaign.