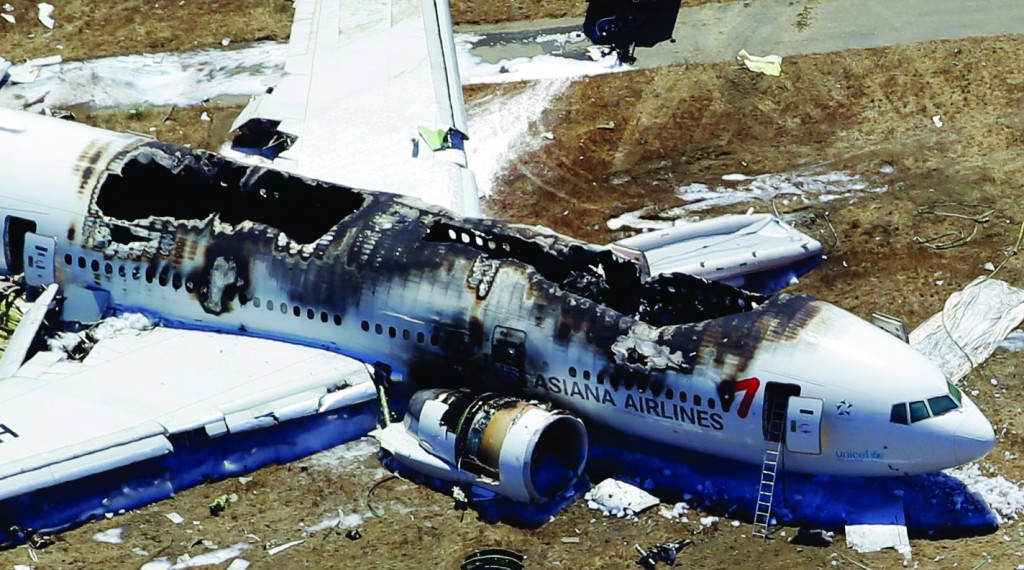 A federal safety official said the cockpit voice recorder showed the jetliner tried to abort its landing and come around for another try 1.5 seconds before it crashed at San Francisco airport.

National Transportation Safety Board chief Deborah Hersman said at a news conference Sunday the recorder also showed there was a call to increase airspeed roughly two seconds before impact.

Before that, she said, there was no indication in the recordings that the aircraft was having any problems before it crashed Saturday, killing two passengers and injuring scores of others.

Investigators took the flight data recorder to Washington, D.C., overnight to begin examining its contents for clues to the last moments of the flight, officials said. They also plan to interview the pilots, the crew and passengers. 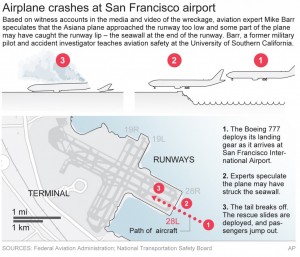 At least five people were still being treated at other area hospitals Sunday morning.

The plane was coming in from Seoul when witnesses said its tail appeared to hit the approach area of a runway that juts into San Francisco Bay. One witness said the plane appeared to be coming in too low and too fast.

The impact knocked off the plane’s tail and the aircraft appeared to bounce violently, scattering a trail of debris and spinning before coming to rest on the tarmac.

“For now, we acknowledge that there were no problems caused by the 777-200 plane or (its) engines,” Yoon Young-doo, the president and CEO of the airline, told reporters on Sunday at the company headquarters on the outskirts of Seoul.

Too Low, Too Fast

Benjamin Levy, a 39-year old venture capitalist from San Francisco said he believed the Asiana plane had been coming in too low.

“I know the airport pretty well, so I realized the guy was a bit too low, too fast, and somehow he was not going to hit the runway on time, so he was too low … he put some gas and tried to go up again,” he said in a telephone interview with a local NBC News affiliate.

Vedpal Singh, a native of India, was on board the flight along with his wife and son when the aircraft struck the landing strip.

“Your instincts take over. You don’t know what’s going on,” said Singh, who had his arm in a sling as he walked through the airport’s international terminal and told reporters he had suffered a fractured collar bone.

Asiana, South Korea’s junior carrier, has had two other fatal crashes in its 25-year history.

A senior Asiana official said the pilot was Lee Jeong-min, a veteran pilot who has spent his career with the airline. He was among four pilots on the plane who rotated on two-person shifts during the 10-hour flight, the official said.