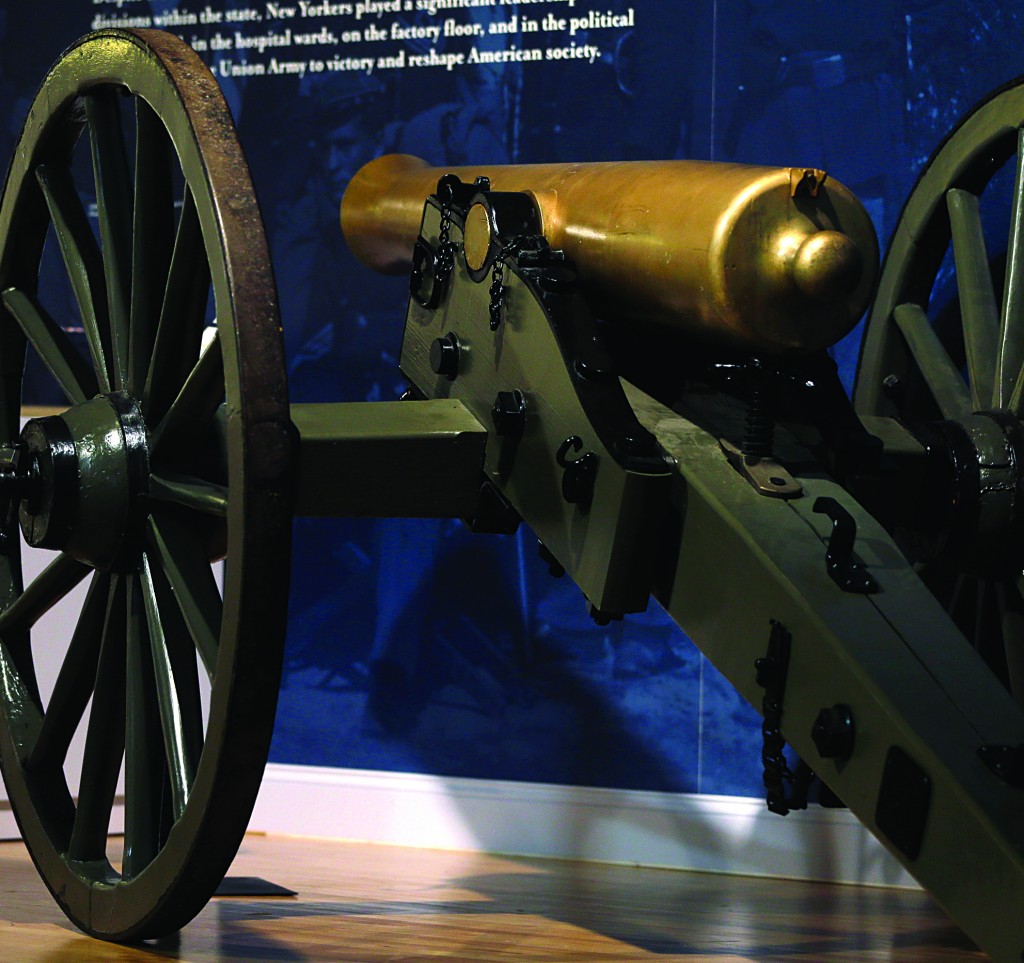 In 1863, the first items from Civil War battlefields where New Yorkers were fighting and dying started to arrive at the newly created Bureau of Military Statistics in Albany. Among them were a uniform button and the bullet that struck it at the Battle of Cedar Mountain in Virginia.

Thousands of artifacts and 150 years later, more than 100 of those relics — including the button and bullet — are on display in a new exhibit at the New York State Military Museum as part of the Empire State’s commemoration of the war’s sesquicentennial.

With nearly 40,000 falling during the war, New York provided the most soldiers, supplies and funding and suffered the most casualties of any state, North or South, according to museum curator Courtney Burns.

“The thing we wanted to do was to highlight New York’s role in the war and the war’s impact on the state,” Burns said at the museum, housed in a former state armory in Saratoga Springs.

The exhibit details New York’s role chronologically, focusing on a major battle from each year, such as Gettysburg, fought 150 years ago this week.

Of the 94,000 Union soldiers who participated in the three-day Battle of Gettysburg, more than 23,000 were New Yorkers. The Union’s first shots were fired by a trooper in the 9th New York Cavalry. Another trooper from the unit, Cpl. Cyrus James, was the first Yankee to die when he was hit by Confederate fire during a skirmish early on July 1.

When the Confederate army began its retreat south on July 4, more than 6,800 New Yorkers had been killed, wounded, missing or captured, more than a quarter of the total Union casualties suffered at Gettysburg.

The Gettysburg artifacts on display include a Confederate soldier’s metal body armor and a shattered musket retrieved from the battlefield.

The museum staff dipped into the state’s extensive Civil War collection, which includes about 900 battle flags carried by New York units during the four-year conflict, the nation’s largest collection of banners.

The exhibit, titled “New York in the Civil War,” will be a permanent part of the museum, which tells New York’s military history from the Revolutionary War to the Iraq and Afghanistan wars.