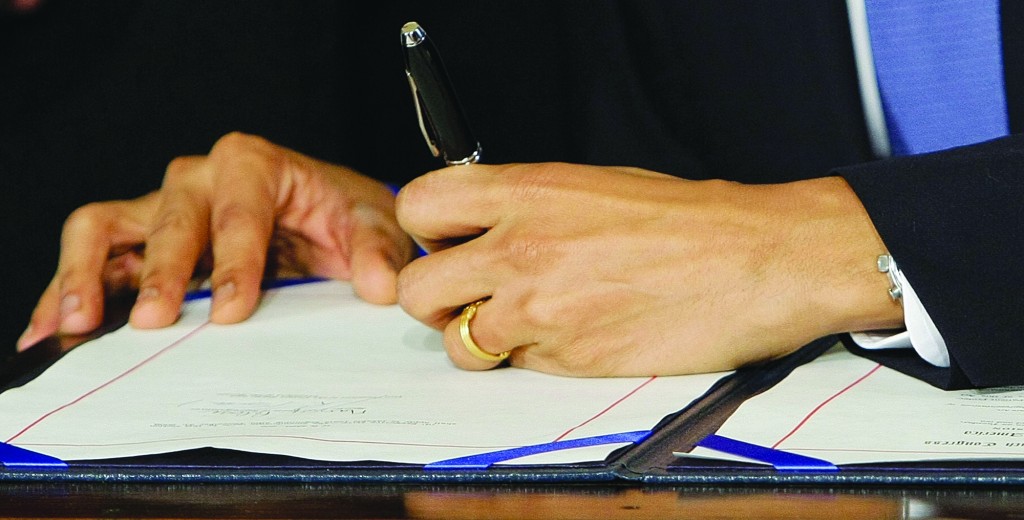 Republicans seized upon the administration’s abrupt delay of the employer mandate in the health care law as fresh evidence that President Barack Obama’s signature domestic policy is unworkable and should be repealed, an argument that energizes the party base ahead of 2014 congressional elections.

But the White House’s willingness to respond to the concerns of business — and avoid the specter of job layoffs due to the unpopular health care law — spares Democrats one political headache in next year’s races.

“The best delay for Obamacare is a permanent one,” House Majority Leader Eric Cantor (R-Va.) said Wednesday, hours after the administration announced a one-year delay in requiring businesses with 50 or more employees to provide health coverage for their workers or pay a penalty.

House Speaker John Boehner (R-Ohio) said the administration’s unexpected postponement of a key provision designed to insure more Americans was an admission that the 2010 law is unfeasible. Republicans on the House Energy and Commerce’s oversight panel embarked on an investigation of the decision, seeking documents from the Treasury and the Health and Human Services departments.

Success in midterm elections depends in large part on turning out the party’s core voters, and Republicans see the latest twist as an opportunity to further vilify the health care law and ignite a GOP base already strongly opposed to Obama’s overhaul. GOP members of Congress pounced on the administration’s decision to make a point they hope will resonate with voters in their states.

“I’ve heard from countless employers in Maine who say that the onerous penalties and provisions in Obamacare provide perverse and powerful incentives to not hire new workers or to cut back on the hours that their employees are allowed to work,” said Sen. Susan Collins, who faces re-election next year.

In their strategy for next year’s elections, Republicans were determined to focus on how medium and large businesses would respond to the law’s requirement and the possibility that would translate into job losses. The GOP was ready to place the blame on Democrats who voted for the law if companies had to lay off workers.

The one-year delay to January 2015 largely erases that aspect of the health care criticism in the midterm-election year.

Democrats sought to cast the issue as the administration listening to the business community.

“The administration has demonstrated its commitment to implement the Affordable Care Act with increased flexibility for the 4 percent of America’s businesses impacted by the employer responsibility requirement,” House Democratic leader Nancy Pelosi said in a statement Wednesday.

Pelosi argued that a significant majority of businesses already provide health insurance to their employees. The California lawmaker who was instrumental in ensuring the law’s passage when she was speaker of the House insisted that Americans will soon benefit from increased access to affordable health care.

Democrats have always been dogged by the fact that few Americans understand the law and many fear its effect.

In the most recent polling, the Kaiser Family Foundation found that more Americans view the law unfavorably than favorably, a negative tilt that has remained steady since Obama signed it in March 2010. The foundation’s survey this spring found 43 percent with an unfavorable opinion of the law, 35 percent with a favorable view and 23 percent undecided.

The poll also found more people saying the nation will be worse off under the law than better off, a switch from public opinion immediately following its passage.