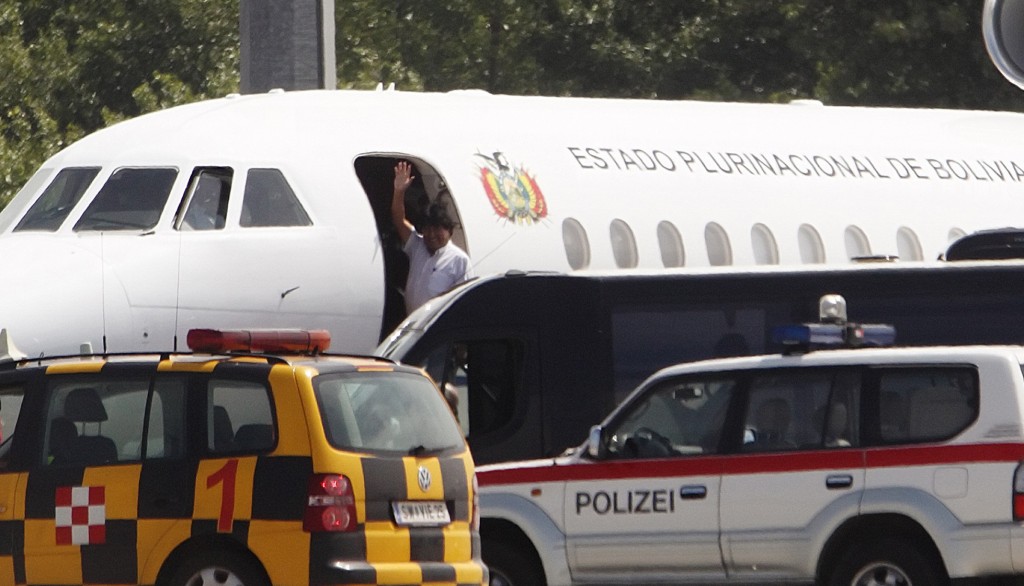 Latin American leaders expressed outrage Wednesday at decisions that forced a plane carrying Bolivian President Evo Morales to make an unscheduled landing in Austria, amid suspicions that U.S. intelligence leaker Edward Snowden might be on board.

“This is EXTREMELY serious,” Rafael Correa, the president of Ecuador, wrote in an online posting.

Ecuador was one of the first countries that Snowden, the former National Security Agency contract worker who is apparently still holed up in Moscow’s international airport, appealed to for refuge. But Ecuador has said it cannot consider an asylum plea until Snowden is on Ecuadorean territory, which would include its embassy.

“Either we graduated from being colonies, or we must claim our independence, sovereignty and dignity,” Correa tweeted. “We are all Bolivia!”

Argentine President Cristina Kirchner echoed those sentiments and called for an urgent meeting of South American presidents to forge a protest. “Tomorrow will be a long, difficult day,” she wrote in a post late Tuesday. “Be calm. They will not (be allowed to) do this.”

Morales had departed Russia after a meeting of countries that export natural gas, but his plane was denied entrance into the airspace of Spain, Italy, France and Portugal after rumors circulated that Snowden might be on board. Those rumors were apparently triggered by Morales’ statements earlier that his country would consider asylum for the American fugitive.

The plane eventually landed at Vienna, and Austrian authorities boarded and verified that Snowden was not there, reports from Europe said. Morales and his infuriated entourage departed Vienna early Wednesday.

Several Latin America leaders saw the treatment as an affront and a violation of international courtesies, if not law. And they suspected the European nations were acting at Washington’s behest.

Morales, Correa, Kirchner and a handful of others form a bloc of pro-left Latin American presidents who often challenge U.S. positions. But they were not alone in their anger. The more conservative leadership of the Organization of American States, the hemisphere’s principal political body to which the U.S. belongs, also protested.

“Nothing justifies an act of such lack of respect for the highest authority of a country,” OAS Secretary-General Jose Miguel Insulza said in a statement. “The countries involved must give an explanation of the reasons why they took this decision, in particular as it endangered the life of the leader of a member country of the OAS.”