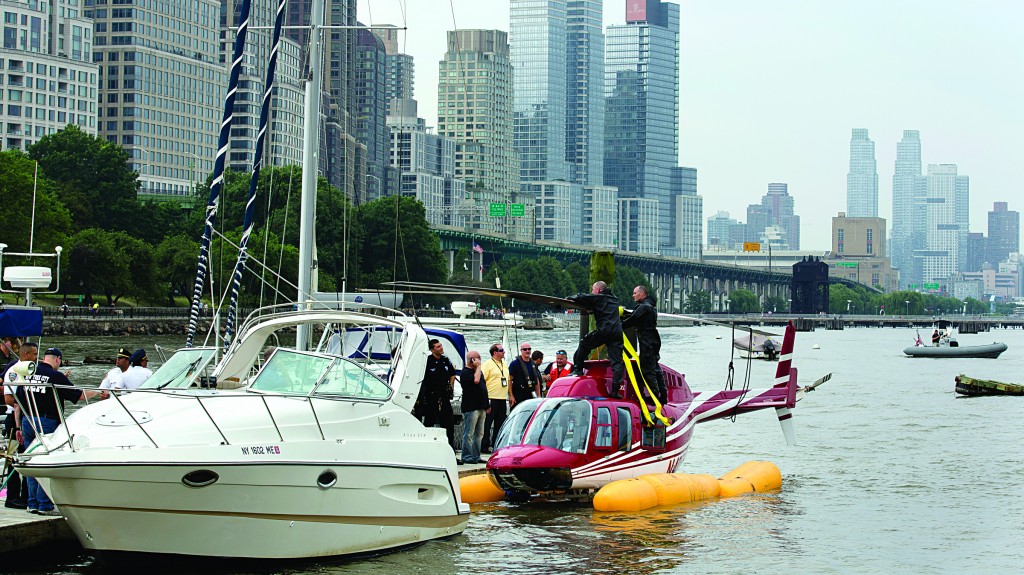 A charter helicopter carrying a family of four Swedes on a sightseeing tour lost power shortly after takeoff Sunday and made an emergency landing on the Hudson River. As opposed to previous encounters aircraft had with the New York City waterway, the pilot and all occupants were uninjured.

Thomas McKavanaugh, a FDNY official, said the helicopter took off from the Wall Street Heliport around noon and lost power after 12 minutes in the air. The pilot used the craft’s pontoons, and it remained upright as it landed. “The pilot did a terrific job considering he’d lost his engine power,” he said.

Sebastien Berthelet, visiting from Montreal, was on a boat when the craft went down and went over to help, bringing the pilot back to shore. He said he complimented the pilot, who said it could have been smoother.

“I said, ‘Well, it could have been worse, too,’” Berthelet said.

The emergency landing was reminiscent of another Hudson landing where all aboard escaped unharmed. In 2009, Capt. Chesley “Sully” Sullenberger III safely landed a US Airways flight after striking a flock of geese. All 155 people aboard survived.

But other aviation incidents over the waterways surrounding Manhattan have been deadly. In 2011, a helicopter crashed into the East River, killing three. In 2009, a collision between a tour helicopter and a small plane over the Hudson River killed nine people.