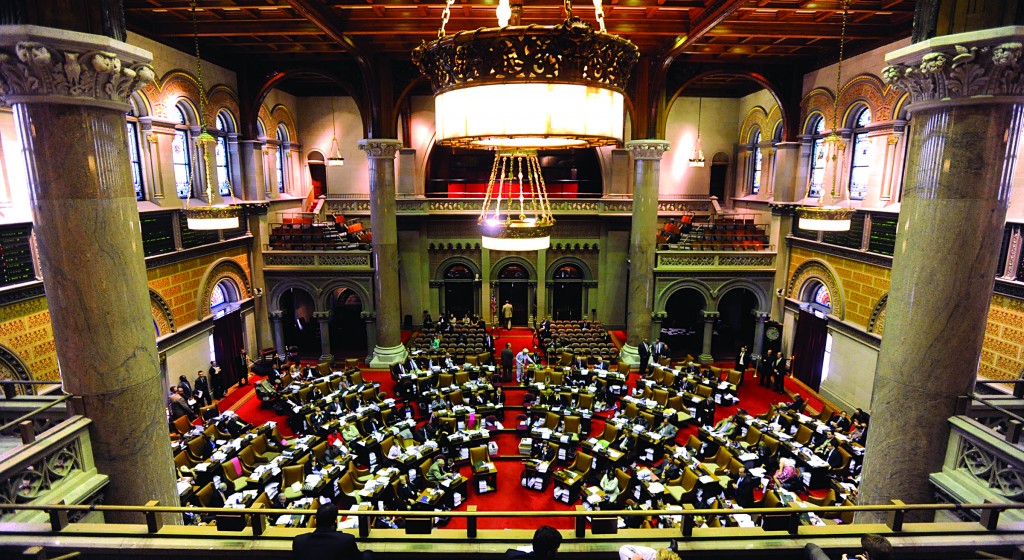 The final hours of the legislative session in Albany passed, as usual, with a frenzy of bills passing and furious lobbying for pet causes and important pieces of legislation.

Gov. Andrew Cuomo and Assembly Speaker Sheldon Silver, both Democrats, and Senate Majority Leader Dean Skelos, a Republican, pushed for their priorities, horse-traded through the night, and emerged with something for everyone.

Here are some of the laws that passed:

The bill takes effect only if voters in a fall referendum agree. But gambling through video slot machine centers would begin even if voters reject big casinos.

A report said gambling interests have spent nearly $20 million over two years on campaign contributions and lobbying in Albany, including $242,000 in political contributions to Cuomo and about $400,000 each to the campaigns of the Senate and Assembly majorities.

Silver said he will discuss a way forward with the governor, and could bring the issue up again in a special session. Cuomo, who made this a centerpiece of his State of the State address in January, and the women’s coalition of 850 groups that he assembled have insisted for six months that they would accept nothing less than all 10 provisions.

Mercury is a highly potent neurotoxin that is extremely harmful to expectant women and children. A state law in 2005 phased out the sale of many mercury-containing products and banned their disposal in solid-waste facilities. But as many as 310,000 discarded mercury products still end up in the waste- stream annually, and only about 3,500 of them are collected under voluntary recycling programs.

Sponsors say limited audits have shown widespread fraud and abuse among the more than 300 special education providers, including absentee directors, redundant costs and potential conflicts of interest where evaluators direct children into their own programs.

LIPA has been contracting with National Grid for daily operations. The legislation will require PSE&G, a New Jersey utility, to prepare and maintain an emergency response plan.

To comply with federal law, the state switched in 2010 to optical scanners that read paper ballots. The city will use the new machines but has the option of using the old ones if needed.

The bill amends existing civil-rights, executive, and labor laws, and extends protection as long their “attire” or “appearance” does not pose a hazard to that person or the general public.