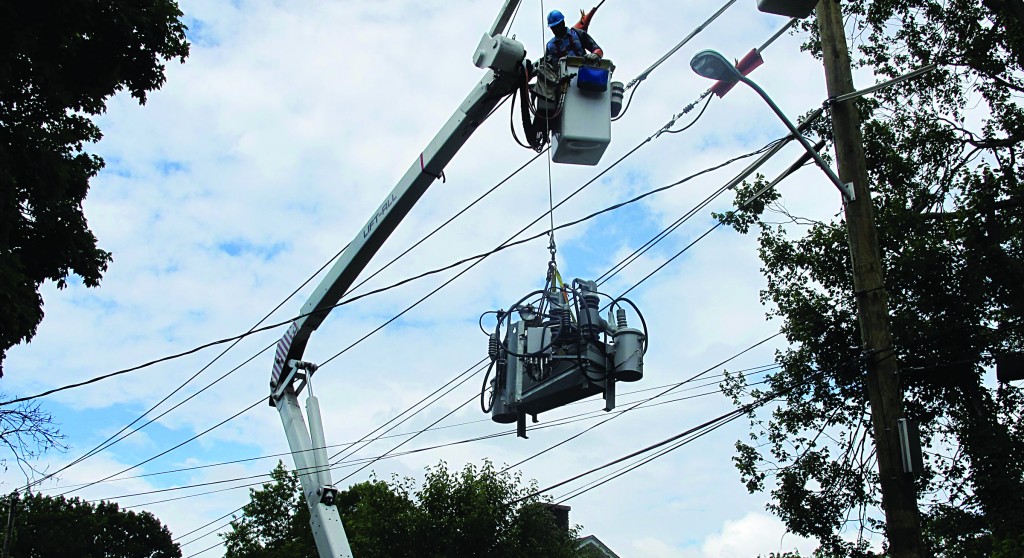 Con Edison’s chief executive said Friday that the company is installing hundreds of so-called smart switches that can limit the number of electric customers affected when a tree takes down a power line.

Chairman and CEO Kevin Burke said the switches are part of a $1-billion program to minimize the kind of power failures that occurred during Superstorm Sandy last year.

Then he watched as a pair of linemen, surrounded by live wires, installed one of the huge devices above a quiet Larchmont street, hoisting it about 30 feet and bolting it onto a utility pole.

Burke said the switch allows the company to divide a service area into two or more sections and isolate part of it.

The switches, about 4 feet by 4 feet by 6 feet, would be installed in heavily treed areas of New York City and Westchester County.

At least 1.1 million of the company’s 3.3 million customers lost power in the storm. Tens of thousands were without electricity for more than 10 days. Con Ed’s biggest previous power failure affected 200,000 customers.

Burke also showed reporters a breakaway device designed so that if a tree falls on the line, the line will come off at the pole rather than at the side of the house.