Business US Banks Report Record Earnings of $40.3B for Q1
Business 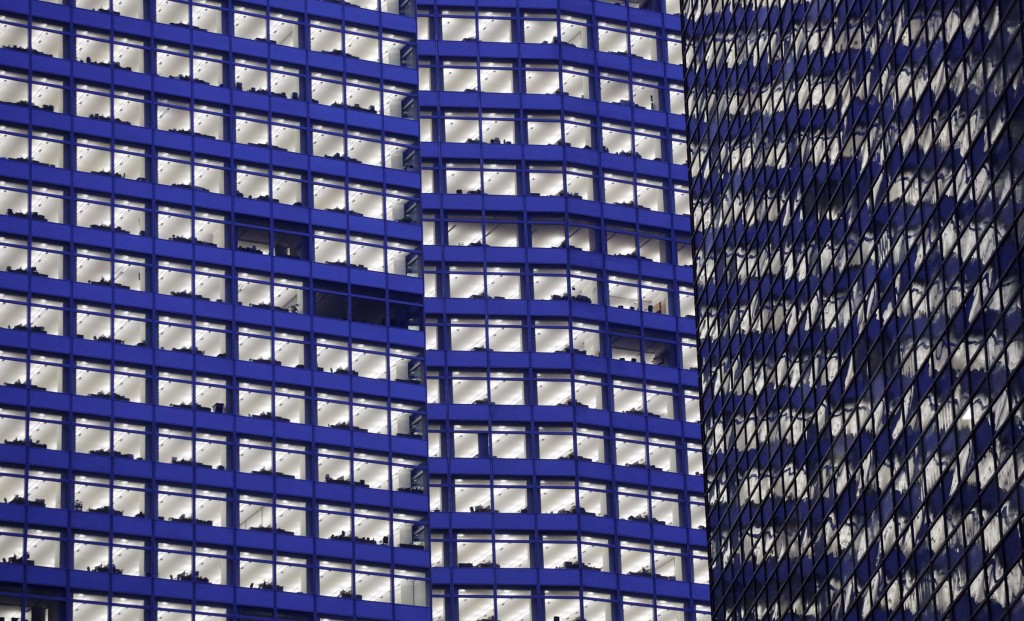 U.S. banks earned more from January through March than during any previous quarter on record, buoyed by greater income from fees and fewer losses from bad loans.

The largest banks are increasingly driving the industry’s profits, while many smaller institutions continue to struggle.

The industry earned $40.3 billion in the first quarter, the Federal Deposit Insurance Corp. said Wednesday. That’s the highest figure ever for a single quarter. And it’s up 15.8 percent from the first quarter of 2012.

Record profits show that banks have come a long way from the 2008 financial crisis. But the report sent a reminder that the industry is still struggling to help the broader economy recover from the Great Recession.

Only about half of U.S. banks reported improved earnings from a year earlier, the lowest proportion since 2009. That shows that the industry’s growth is being propelled by the largest financial institutions.

Banks with assets exceeding $10 billion make up only 1.5 percent of U.S. banks. Yet they accounted for about 83 percent of the industry earnings in the January-March quarter. These banks include Bank of America Corp., Citigroup Inc., JPMorgan Chase & Co. and Wells Fargo & Co. Most have recovered with help from federal bailout money and record-low borrowing rates.

“The divide between the bigs and everybody else is just enormous,” said Cornelius Hurley, a former counsel to the Federal Reserve Board who heads Boston University’s Center for Finance, Law and Policy. “It’s never been this concentrated.”

As big banks push to earn fees from selling products to their customers, they’re making fewer loans. And lending is vital to creating jobs and boosting the economy, Hurley noted.

Bank lending declined from the October-December quarter, the FDIC data showed, though it followed several quarters of increases.

And bank profits from interest charged fell 2.2 percent to $104 billion. The industry’s average interest income as a percentage of loans on its books fell from 3.51 percent a year earlier to 3.27 percent. That’s the lowest proportion in nearly seven years.

As a result, banks have sought to generate more revenue from fees, despite complaints from customers and consumer advocates.

FDIC Chairman Martin Gruenberg said the banking industry “is in much stronger shape today than it was three years ago.” But he added that “it’s a fairly tricky environment for the industry” because of narrowing profit margins from interest and relatively weak demand for loans.

Income earned from interest on loans is falling, in part because interest rates have remained near record lows. The Federal Reserve’s aggressive stimulus programs have exerted downward pressure on short- and long-term interest rates, making mortgages and other loans cheaper. The Fed’s low-rate policies are intended to boost borrowing and spending to accelerate economic growth.

Still, many banks have adopted stricter lending standards since the financial crisis, requiring higher credit scores and larger down payments. So while loans are a bargain, they’re available only to those who can qualify.

Another sign of the industry’s health is that fewer banks are at risk of failure. The number of banks on the FDIC’s “problem” list fell to 612 from 651 as of Dec. 31.

On Tuesday, Moody’s Investors Service said it had raised its outlook for the U.S. banking industry from “negative” to “stable,” the first increase in five years. The rating agency said sustained economic growth and a better jobs picture will help banks over the next 12 to 18 months.

The FDIC is backed by the government, and its deposits are guaranteed up to $250,000 per account. Apart from its deposit insurance fund, the agency also has tens of billions in loss reserves.