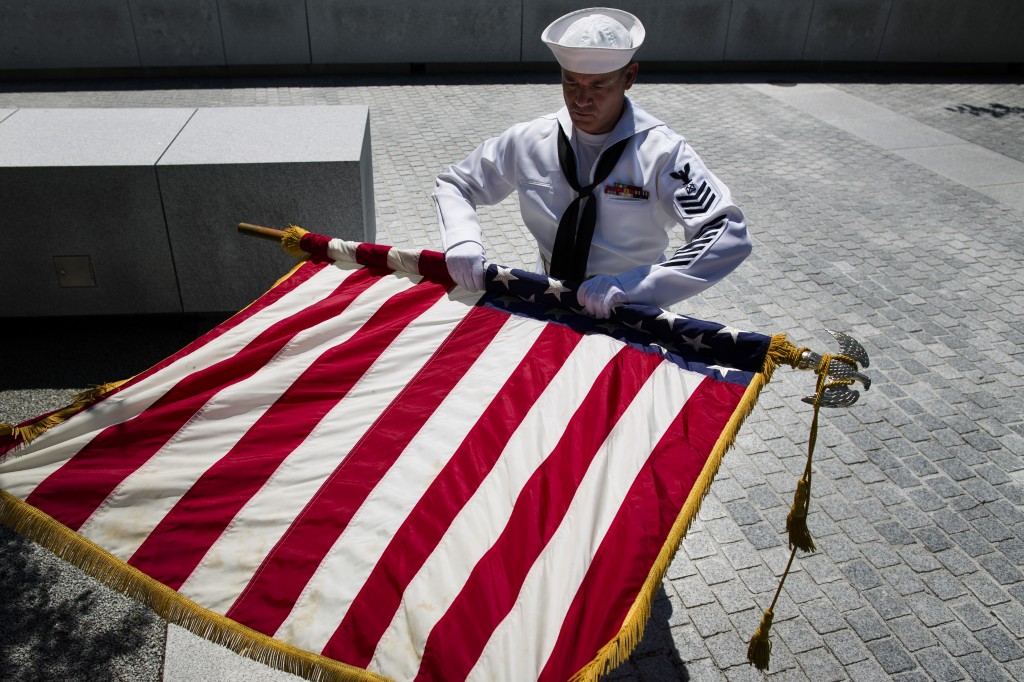 One wreath-laying ceremony was at Franklin D. Roosevelt Four Freedoms Park on the southern tip of Roosevelt Island in New York City. The park is a tribute to President Roosevelt’s famous speech calling for all people to enjoy freedom of speech, freedom of worship, freedom from want and freedom from fear.

Mayor Michael Bloomberg joined military leaders and others at the Soldiers’ and Sailors’ Monument in Manhattan. He said to celebrate the day but also “remember the sacrifice that was made so that we could be here.”

In Lakewood, N.J., a few hundred people gathered Monday morning for the Memorial Day Parade, which began with the raising of the flag at Red Square. The parade then headed down Clifton Avenue to the Amphitheatre on North Lake Drive.

Committeeman Menashe Miller, a chaplain in the U.S. air force reserve, led the services and laid a wreath at Lakewood Memorial Park.

Noemi Downey, a Lakewood woman whose four children are currently serving in the army, accepted a plaque while flanked by two of her children.