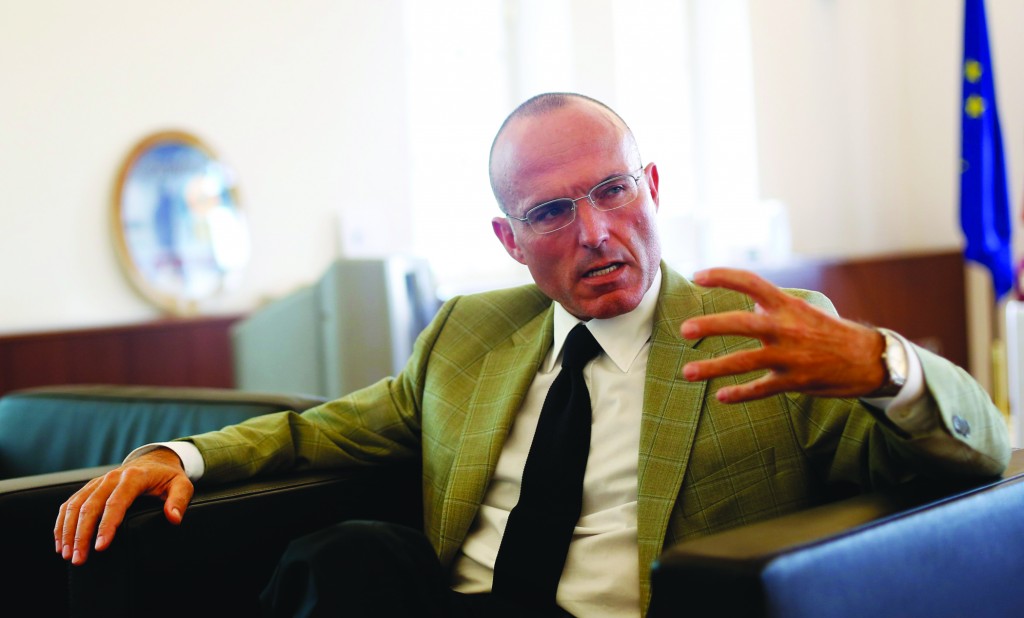 Austria may pull its peacekeeping troops from the Golan Heights, evacuating the U.N. buffer zone, its defense minister warned on Tuesday, as Syria and Israel exchanged fire across a long dormant frontline now inflamed by civil war.

Vienna’s warning was aimed at Britain and other allies which want to help Syrian rebels by lifting an EU arms embargo — doing so, minister Gerald Klug told Reuters, would rob Austrian troops of their neutrality in a Syrian conflict that has already seen foreign peacekeepers come under fire and some even held hostage.

He stopped short of saying an end to the EU arms ban would automatically prompt the departure of the 380 Austrian soldiers. But their withdrawal after four decades keeping the peace since the 1973 Arab-Israeli war would leave a huge hole in the already troubled, 1,000-strong U.N. force separating two of the world’s biggest armies, which are technically still at war.

“My view is that if the arms embargo were not extended, then the impartiality of the peace mission could no longer be maintained,” Klug said in an interview a day before EU leaders in Brussels will discuss an arms embargo that expires on June 1.

“Our mission would be additionally fraught and it would no doubt come to a new assessment of the situation.

“I cannot of course prejudge the discussions,” he said of the negotiations within the European Union. “But without doubt there are several options in the political discussion, and withdrawal is one of these options.”

Klug’s comments underscore Vienna’s resistance to British-led efforts to end or dilute the arms ban in order to help the rebels fighting President Bashar al-Assad. Austria has argued that providing more weapons would only fan the fighting and may snuff out chances for peace talks.

The blue-helmeted ranks of UNDOF, the United Nations Disengagement Observer Force, have already seen Japanese and Croatian troops depart since the Syrian conflict began in 2011 and the Philippines, the other main contributor of combat troops along with Austria, has said it may also withdraw after several incidents in which Syrian rebels have held its men prisoner.

Diplomats have said that Fijian soldiers are likely to fill some of the existing gaps. But the disappearance of the critical Austrian contingent would cause the U.N. major difficulties.

Klug said it would be up to the United Nations to decide if UNDOF could live without them but added: “Given the quantitative importance that Austrian soldiers have on the Golan I would have serious doubts that the mission could be maintained.”

Austrian troops have beefed up their armor and, reflecting international concern over the fate of Assad’s stockpiles of unconventional weaponry, have, Klug said, been issued with new protection against nuclear, biological and chemical attack. But they were ready to continue their 39-year mission in the zone.

UNDOF’s restricted scope for action has been seen as Syria’s civil strife has intruded; rival Syrian groups fight nearby and Israel is concerned about the appearance of anti-Assad forces, notably Islamist terrorists, willing to attack Israel.

Klug called the Golan situation “tense but manageable” and declined to go into detail on what elements of EU policy changes might prompt an exit: “There is a Plan B for every foreign mission, not just for the Golan,” he said. “It makes little sense to discuss red lines in public, but they are there.”